Home Entertainment For the first time ever in the history of Kannada television, fans...
Facebook
WhatsApp
Twitter
Telegram 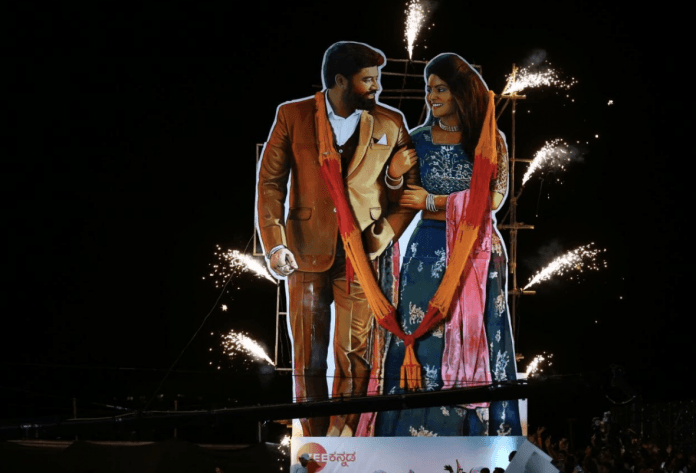 Some shows become popular, a few others attain cult status, but very rarely does a show become an institution in itself. Zee Kannada’s Jothe Jotheyali is one such show that has pioneered and revolutionized the television industry and continues to win the hearts of people.

The fiction show has retained its number 1 status and witnessed a total of 171% of growth in the first week of its launch. For such a remarkable show, the fans have been showering their love in remarkable ways and now taking their love to new heights, the ardent fans have made a 60ft cut out of their beloved Arya Vardhan and Anu in Chitradurga at Jothe Jotheyali Jaathre on 22nd December 2019. From its launch to this milestone, the show has been seeing many firsts and this was one of them.

Tune into Jothe Jotheyali this Sunday, 29th December 2019 at 3 PM only on Zee Kannada and Zee Kannada HD