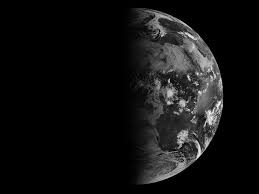 
When does the fall equinox occur in 2019

The Fall equinox occurs when the sun is directly in line with the equator which is on September 23rd Monday at 3:00AM EST

Is the equinox really the first day of autumn 2019?

How many hours of daylight will I get on Monday September 23, 2019

Equinox literally means “equal night.” And during the equinox, most places on Earth will see approximately 12 hours of daylight and 12 hours of darkness.

Is it possible to balance an egg on its tip during equinox?

No it’s a myth and a child story. The theory is “The theory goes that at this time of year the moon and earth are in exactly the right alignment, the celestial bodies generating the perfect balance of forces needed to make it possible”

What is actually in “pumpkin spice”?

“Pumpkin spice” is not a single spice but a blend of them. And it contains no pumpkin.

Does any of the ancient monument has anything unique to find during equinox?

Are there equinoxes on other planets?

Yes! All the planets in our solar system rotate on a tilted axis and therefore have seasons. Some of these tilts are minor (like Mercury, which is tilted at 2.11 degrees). But others are more like the Earth (23.5 degrees) or are even more extreme (Uranus is tilted 98 degrees!).

Why do we have equinoxes?

The fall and spring equinoxes, the seasons, and the changing length of daylight hours throughout the year are all due to one fact, Earth spins on a tilted axis.