Home Entertainment Everything You Should Know About ‘The Sky is Pink’ – Official Trailer,...
Facebook
WhatsApp
Twitter
Telegram 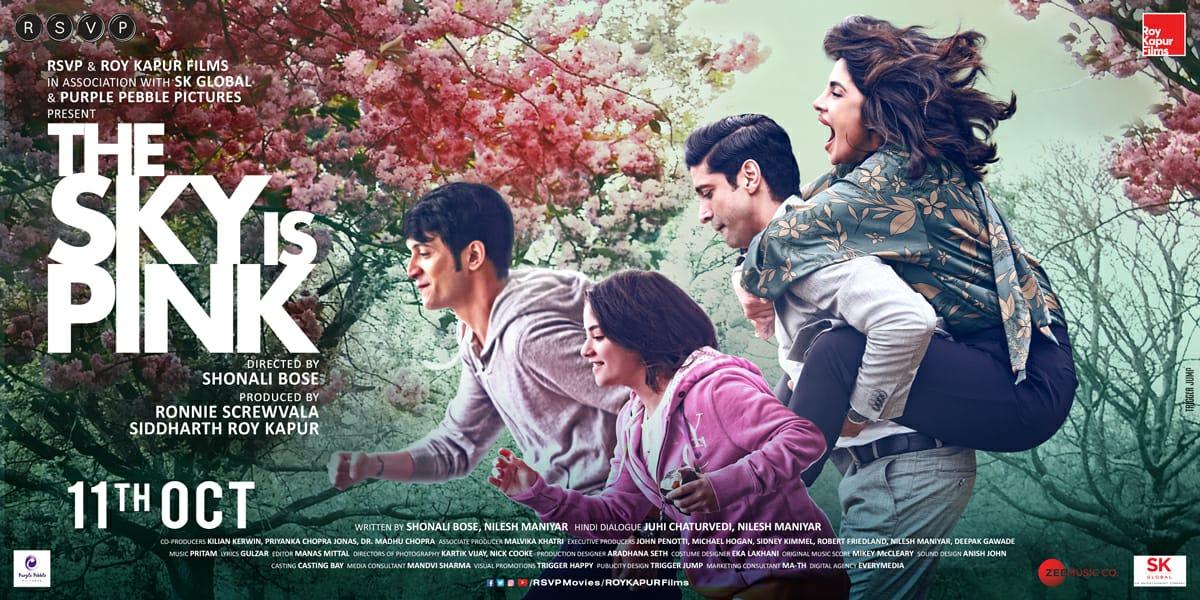 Earlier today the trailer of The Sky is Pink was released and we get the first look at Farhan Akhtar and Priyanka Chopra back together on the big screen after four years and needless to say the excitement amongst the fans is real to see the duo back together.

The Sky Is Pink is the incredible love story of a couple spanning 25 years, told through the lens of their teenage daughter. She is sassy, sardonic, spunky and also…dead! A fact she nonchalantly mentions at the very outset. “Get over it. It’s quite cool actually. You’ll see when you get here (which you do know you will right?!)” Unexpectedly humorous, warm and heart wrenching all at once as the magic of life and beauty of death manifest in one family’s unusual, courageous journey in this 100% true story.

Sky is Pink Cast and Crew

Sky is Pink is scheduled to release on October 11th.