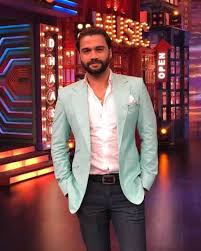 Balraj Syal is a well known Indian actor, writer, stand-up comedian and anchor. He hails from Jalandhar, Punjab. He is known for his sensational comic timing that made him rise to fame. He is currently participating in Mujhse Shaadi Karoge where he will woo Bigg Boss 13 finalist Shehnaz Kaur Gill. His comic timing and entertainment factor will be a plus point for him on the show. He has garnered a good name for himself in the industry owing to his hardwork and talent.

Age and Date Of Birth

Balraj has kept his family away from the spotlight. He doesn’t want to mix his personal and professional life. There is no information about his parents for this reason.

Balraj was born in Jalandhar, Punjab into a middle class Punjabi family.

Balraj has completed his Bachelors in Arts from Jalandhar, Punjab

Balraj is unmarried and there have never been any link ups of him with anyone. He was very clear that he wished to focus on his work first and would settle down when he was ready.

Make it a habit to think positive ???