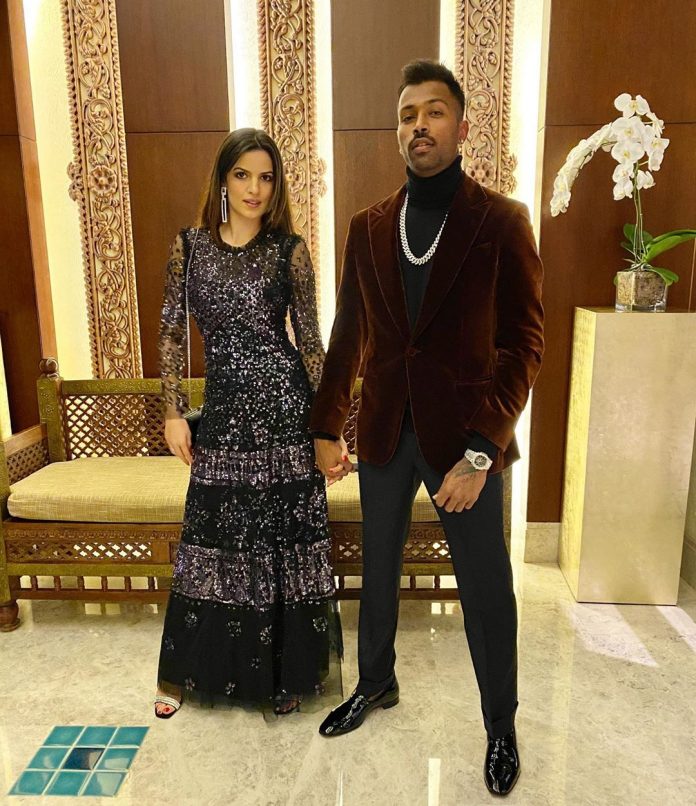 Indian cricket team all-rounder Hardik Pandya got engaged to his Serbia girlfriend Natasha Stankovic on Wednesday. Hardik shared many photos with Natasha on social media. He wrote, “Main Tera Tu Meri Jaane Sara Hindustan.” In a photo, Hardik is seen with an engagement ring with Natasha.


In the second photo, Hardik and Natasha are sitting on the edge of the sea. In another romantic video, he is proposing to Natasha on a cruise with the ring and the two kiss each other. Earlier, Hardik shared a photo with Natasha on Instagram late on Tuesday night. He wrote the caption, ‘New year starts with fireworks. “In this photo, Hardik holds Natasha’s hand. Also made heart emoji.

Natasha and Hardik were dating each other since August, reports of Hardik and Natasha’s affair have been on social media since August. Both have also appeared together many times. Hardik had also asked for votes for Natasha, who was shown in dance reality show Nach Baliye-9. According to the media reports, Hardik has introduced Natasha to her family as well, but no official statement has come yet.

Starting the year with my firework ❣️

Natasha’s hometown and birthplace is Pozarevac in Serbia.

Natasha hails from Serbian nationality and is European.

Natasha’s past relationship was with an actor named Aly Goni. Aly Goni is rumored to be dating Naagin star Jasmin Bhasin.

Natasa Stankovic is Serbian actress, model and dancer. She is primarily known for her work in Bollywood industry. Natasha debuted with a Bollywood film called ‘Satyagraha’.

Natasha’s net worth is around $3 million.