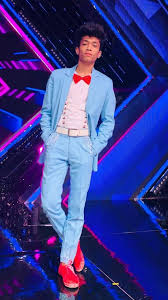 Rupesh Bane famously known as the T-Shirt Boy from Dharmesh’s team is taking the Dance Plus Season 5 trophy home with him. His contemporary style of dancing has always managed to win hearts both of the audience and the judges. He has given some heat melting performances in his journey of the show.

Rupesh’s mother is Kirti Bane, his father’s name is not known. He has two brothers Kunal Bane and Umesh Bane.

Rupesh’s height is 5 feet and 7 inches. He weighs around 56Kgs.

Rupesh was born and brought up in Dombivli, Maharashtra.

Rupesh’s Instagram profile is rupeshbane_0011. As of today, he has 72.6K followers.

Rupesh is in a relationship with Sana.

Rupesh was part of the show Dance India Dance Little Masters season 3 in 2014. This show had brought him a lot of recognition and from then there was no looking back for him.

He has also acted in Marathi movies. His first movie was Cinderella, which won him the best child artist award.

He has won Sanskriti Kaladarpan best child artist award in 2016.

Rupesh has also appeared in Season – 1 of television show MAD.

Sur Sapata was the movie released in 2019 in which he acted.

He enjoys dancing, acting, and singing.

Here’s a look at his journey