Big Boss Telugu Season 3 is off to a great start. The TRPs seem to be booming by the day. Popular Telugu Actress and TV anchor, Sreemukhi hails from Nizamabad, Hyderabad in Andhra Pradesh. Being a beautiful actor, her life has always been queried by fans and followers. 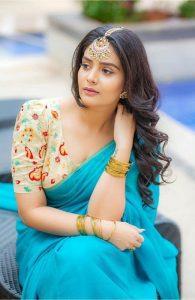 Srimukhi’s mother tongue is Tamil but she has mastered in speaking four different South Indian languages. She works as an anchor in Telugu and Tamil TV shows that are aired on Maa TV and ETV.

Sreemukhi started her career as a host in the show Adhurs. After this show, she also hosted  a reality show named ‘Super Singer’ Season 9, which was a reality singer hunt show. Her debut film, Julayi, gained her more popularity in which she played Allu Arjun sister’s role. she also did a short cameo in Life is beautiful. In the movie Prema ishq Kaadhal, she played as lead actress, which paved her way for many more films ahead, like, Nenu Sailaja, Savitri. In the Kannada filmdom, she is highly recognised for her outstanding performance in her movie Chandrika, while she received high appreciation in Tamil cinema for her role in Ettuthikkum Madhayaanai.

Apart from her acting roles, she is best known for anchoring in tv shows and award shows. she got an opportunity to host SIIMA ( South Indian International Movie Awards) that was held in Dubai. She is currently hosting a show on ETV named Pataas. 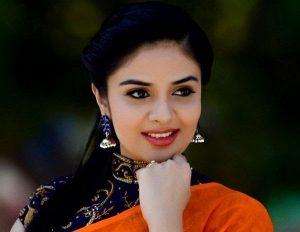 WORKOUT AND DIET ROUTINE OF SRIMUKHI:

Sreemukhi is blessed with a perfect silhouette. As ironic as it seems, she is not a believer of going to gym. However, she prefers jogging and running daily for 1 hour. Srimukhi keeps herself hydrated throughout the day by drinking 10-12 glasses of water. She practices yoga two times a week.

Her diet includes three meals a day starting off with toast along with fresh fruit juice as well as few eggs. For lunch she consumes 2-3 chapatis along with vegetables and pulse.  She keeps her dinner light and digestible by taking a bowl of soul or vegetable salad. 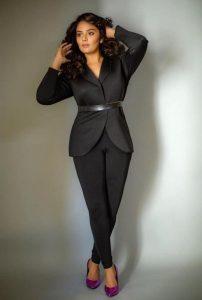 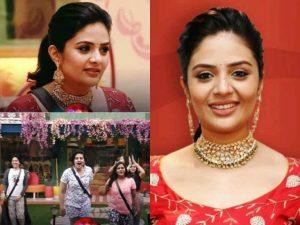 popularity is on peak and few sources reveal that she has been paid huge amount of 1 Crore for participating in Big Boss Telugu Season 3. The show’s host Nagarjuna Akkineni is the major reason for the tremendous popularity of the show and Sreemukhi having received a lot of appreciation, happens to be a factor of great honour and pride for the actress.  It is no surprise that the actress has been paid a humongous amount of 1 Crore for participating in the show. Though she is not being liked by other residents of big boss house, it would be interesting to see if she is able to make her way through the evictions or not.