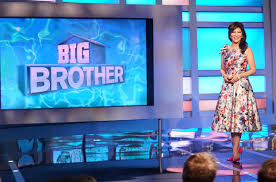 Big Brother will be returning with Season 22 and this has been confirmed by CBS. In hindsight this opens the gates to three months of drama, chaos, gameplay and loads of manipulative behavior. All heading towards a common destination, $50,000.

When is Big Brother 22 scheduled to air?

The official date for the grand return of Big Brother 22 has not been announced as yet by CBS. It was confirmed that they would be heading towards a new season around the end of 2019. It will air during primetime as usual. The season is set to premiere in the final week of June. This has been the case since Big Brother 15 held in 2016.

Where is the Big Brother house?

The Big Brother house is located on CBS Studio Center sound stage 18 in Los Angeles. The housemates have to live together under dire circumstances and situations that will test their patience and question their existence. They will be under 24 hour surveillance in the midst of 94 cameras and more than 113 microphones. The house is two storied and will be home to the contestants for the next few months.

Who will be the Host of Big Brother 22?

No one can take the place of long time host of Big Brother Julie Chen Moonves. She returns this season with her vibrance and charm. The show would not be the same without her presence. She confirmed the news that she would be the host for the next season through an Instagram post.

Who will Join the Cast of Big Brother 22?

The cast of the show has not been revealed as yet. Until now the only news available is that Big Brother has been renewed for the next season and that people’s favorite host Julie Chen Moonves would be returning to retain her position. The cast is using revealed in the month of June around the same time the season’s premiere date, theme and house design will be revealed.

The one area that will be closely looked into so as to not falter will be racism accusations and bullying. This was a major issue in the previous season and had to brought to notice of the makers. The casting choices have been cross questioned as well as inaccurate editing which proved to be controversial in the last season. This cannot be continued this time around. 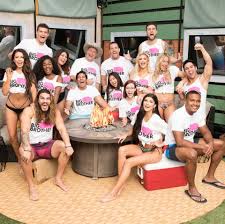 Where can you audition for Big Brother 22?

Cast applications are currently being accepted for Big Brother 22 by the show’s longtime casting director Robyn Kass. The deadline for the applications is April 3rd. Follow Kass’ twitter handle @Kassting to stay within the loop of latest happenings. The only way to apply is through CBS’ casting website. You have to be a U.S citizen to apply and meet the required eligibility.

Follow this link to apply for Big Brother 22 – bigbrothercasting.tv/apply