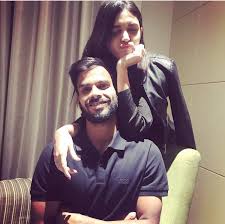 Sumit Nagal is an Indian Tennis Player who makes his debut against Swiss Star Roger Federer in US Open 2019. This is Nagal’s first Grand Slam draw and he surprised Federer by winning the first set of his debut Grand Slam match. The winner of this match will play Damir Dzumhur in the second round. Here are some details about the Indian Star Player Sumit Nagal as of August 2019.


Who is Sumit Nagal – What’s his Net Worth, Age, Family and Wiki