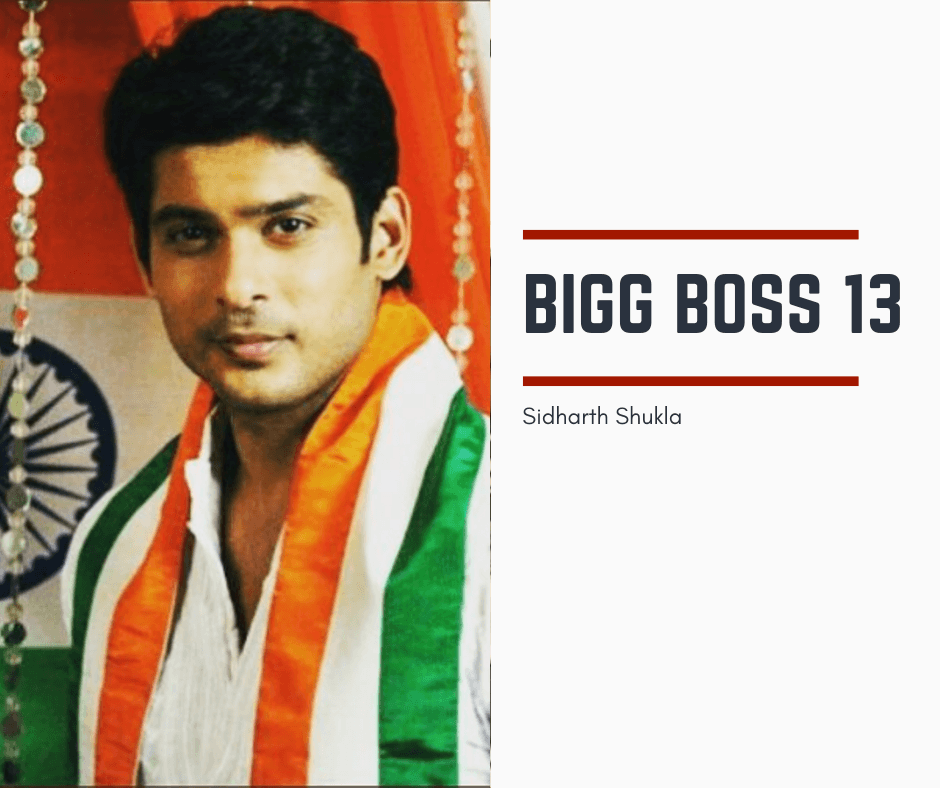 Siddharth Shukla is the Star of Indian Television. Siddharth Shukla has been confirmed to be a part of Bigg Boss season 13. The show is set to start on Colors Tv from September 29, 2019. Siddharth Shukla is an Actor and Model Who has appeared in Many Successful Indian TV Serials. The Actor rose to fame with his role of “Shiv” in Popular Daily Soap “Balika Vadhu” Which was aired on Colors Channel. Within a short period of time, His charming looks, hot body, and Great Acting Skills have made him a Popular Face among the People. Siddharth Shukla made his Bollywood debut with movie “Humpty Sharma Ki Dulhaniya” and won the Stardust Awards for Breakthrough Supporting Performance (Male) for the same movie. The other contestants of Bigg Boss 13 confirmed so far are Vahbiz Dorabjee, Rashami Desai, Devoleena Bhattacharjee

Siddharth Shukla Is From Mumbai, Maharashtra

Siddharth Shukla Did His Schooling from St. Xavier’s High School, Mumbai. He Completed His Graduation In Interior Designing From Archana Sansad School Of Interior Design, Mumbai.

Siddharth Shukla’s Instagram Profile Is @sidharth__shukla. He Has Around 290K Followers As Of Today.

The actor is currently single and not dating anyone.
Siddharth Shukla Twitter – @sidharth_shukla

It will be exciting to see Siddharth Shukla’s Passion and Hard work for Indian Television. Let us know if you would like to know more about Siddharth Shukla in the comments below.