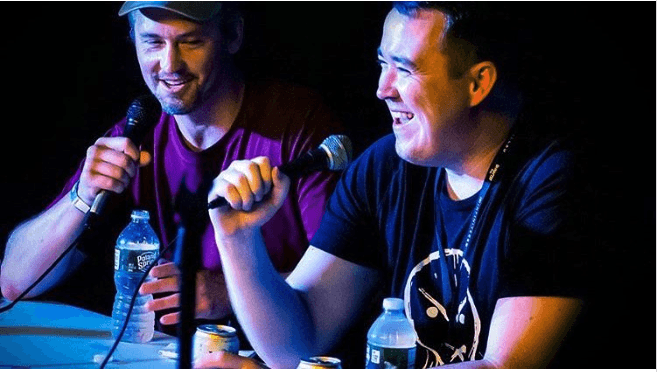 Shane Gillis is trending online not only for his recent inclusion as one of the SNL members but for his racial slur in one of his old videos which is going viral online. In this video, which was first reported by freelance editor Seth Simons, Gillis uses racial slurs for Chinese people among other insults.

today SNL announced the hiring of its first cast member of East Asian descent, and also this guy pic.twitter.com/0FAGJZJUkK


This video is from a Podcast “Matt and Shane’s Secret Podcast” airing on September 26, 2018 and it’s still available online to download. These are some of Shane Gillis racial comments ““The translation between you and the waiter is such a f*cking hassle, I’m pointing at it.”, Chinatown’s f*cking nuts. Let the f*ckng [Chinese slur] live there.”

Bowen Yang is the first gay Asian man to act on this show.
This is the press release by NBC about the SNL cast members:

Chloe Fineman was a New Face at the 2018 Just for Laughs Festival in Montreal and has been a regular performer at the Groundlings.

Shane Gillis was recently recognized as a New Face at the 2019 Just for Laughs Festival.

Bowen Yang joined “SNL” as a staff writer last season and is co-host of the “Las Culturistas” podcast.

The racial slur videos have created a huge issue and many are asking for Gillis to be fired from SNL. Marina Fang, a reporter for Huffington Post, tweeted, “In the year of our lord 2019, SNL hired one of the few Asian cast members it has ever had…and this guy, who mocked Chinatown and called Chinese people “f*cking ch*nks.”

TV writer Benjamin Siemon tweeted, “Even if he stays on SNL, based on past seasons, there’s a 90% chance Shane Gillis plays a waiter and a museum guard with a few lines and then doesn’t come back.”

Another person tweeted “How long before Shane Gillis is outed for being problematic…you know they are digging around right now”.

Shane Gillis was Philly’s Funniest Comedian of the Year 2016

Gillis was named Philly’s Funniest Comedian at the Helium Comedy Club in the city. In addition to Stand Up, Shane is a regular on Comedy Central Radio’s The Bonfire, co-host of Matt and Shane’s Secret Podcast, and has written for Comedy Central’s Delco Proper. Shane was featured as a 2019 Up Next comic at Comedy Central’s Cluster Fest and a New Face at the prestigious Just For Laughs comedy festival in Montreal. He was also named a “New Face” at Montreal’s Just for Laughs Festival. Gillis has over 12,000 followers on Instagram. He is continuing to run his podcast, Matt and Shane’s Secret Podcast, which runs on a weekly schedule.

Apart from SNL Shane Gillis has a busy standup comedy tour schedule lined up for the year 2019-20.