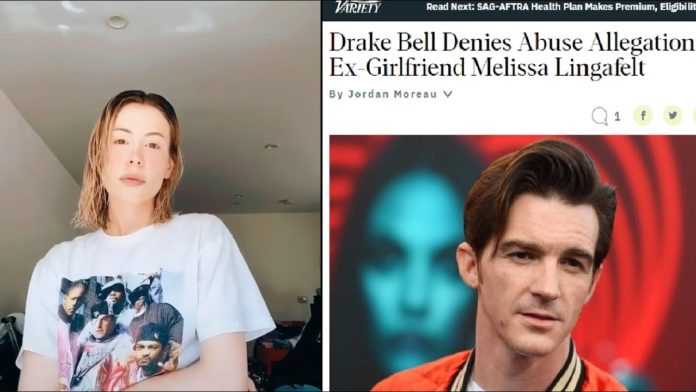 Drake Bell is in the news for the wrong reasons yet again. Facing allegations against his alleged child endangerment and disseminating matter harmful to children, Drake Bell pleaded not guilty. However, the trials will commence shortly for the Nickelodeon star. Meanwhile, the limelight is now on Drake Bell’s ex-girlfriend Melissa Lingafelt. Earlier in 2020, Melissa Lingafelt accused her ex-boyfriend Drake Bell of abuse allegations.

Melissa Lingafelt’s claims about Drake Bell’s abuse in her TikTok video were rubbished by the actor. Drake Bell mentioned a bitter breakup and verbal abuses but he asserted that it did not translate into anything physical.

It is interesting to note that Melissa Lingafelt was not an adult when she dated the star which adds to the possibility of truth in her allegation. However, the law will take its rightful course in determining who is on the right side.