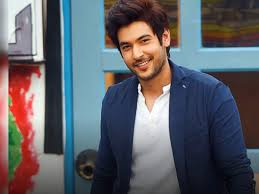 Shivin Narang was born on 7th August 1990. He is an Indian actor and model. He is mainly known for his work in the television industry. Shivin completed his schooling from Summer Fields School, New Delhi and even completed his graduation in BBA and B.Com from University of Delhi, New Delhi. His staircase to fame was when he played the role of Yuvraj in the serial Suvreen Guggal- Topper of the Year. His followers adore his good looks and great acting skills and this is reflected through the number of followers he has.

Shivin’s fathers name is Girish Narang, who is a businessman and his mothers name is Suman Narang. Shivin is the only child of his parents

Shivin Narang stands tall at 5’9”. His weight is unknown but both his eye and hair colour is black.

Shivin hails from the capital of the country, New Delhi

Shivin has pursued his B. Com from Skyline Business School

Shivin was rumoured to have dated his Suvreen Guggal- Topper of the Year co-star Smiriti Kalra. Later which it was reported that he might be dating model Sonali Kukreja.