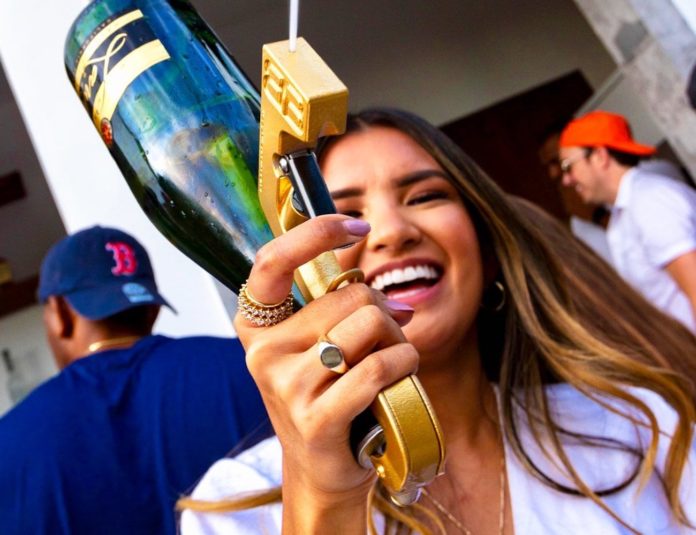 The drink to toast every occasion is champagne. Whether it is a wedding or acceptance to college, the pop of the champagne bottle means that there is truly a reason to celebrate. This has been the same for the longest time. Some cultures don’t only believe in drinking the champagne but also throwing the glass on the floor as a symbol of celebration.

The use of champagne is different across the globe. Some use to in a sink, some bathe themselves in a tub of champagne but what always remains common is spraying champagne at such an event. The historic moment goes back to 1967 when an American car racer sprayed himself and everyone else with the bottle once he won the race.

Bradley Hall and Stason Strong had a vision in mind, they wanted to fuse together two of the most fun activities to make it an extravaganza. The Bubbly Blaster, a champagne squirt gun. Yes, it is inspired by the water gun we have all used to squirt water on one another during our childhood but now, there is alcohol involved. It is a champagne gun called Bubbly Blaster. Stason dreamt of such a device and invented it in his garage. This was all done for the heck of it.

Stason had always been quite the inventor. He loved messing around and creating devices. He is an entrepreneur as well as a designer and artist. He has a lot of start ups and patents credited to his name. But his idea became revolutionary because of Bradley Hall’s belief in him. Both of them joined hands and decided to take the product into the market. Bradley, similar to Stason is an entrepreneur as well. He has worked in corporate healthcare and as Vice President of Operations for a national home infusion provider.

How the Bubbly Blaster Works? 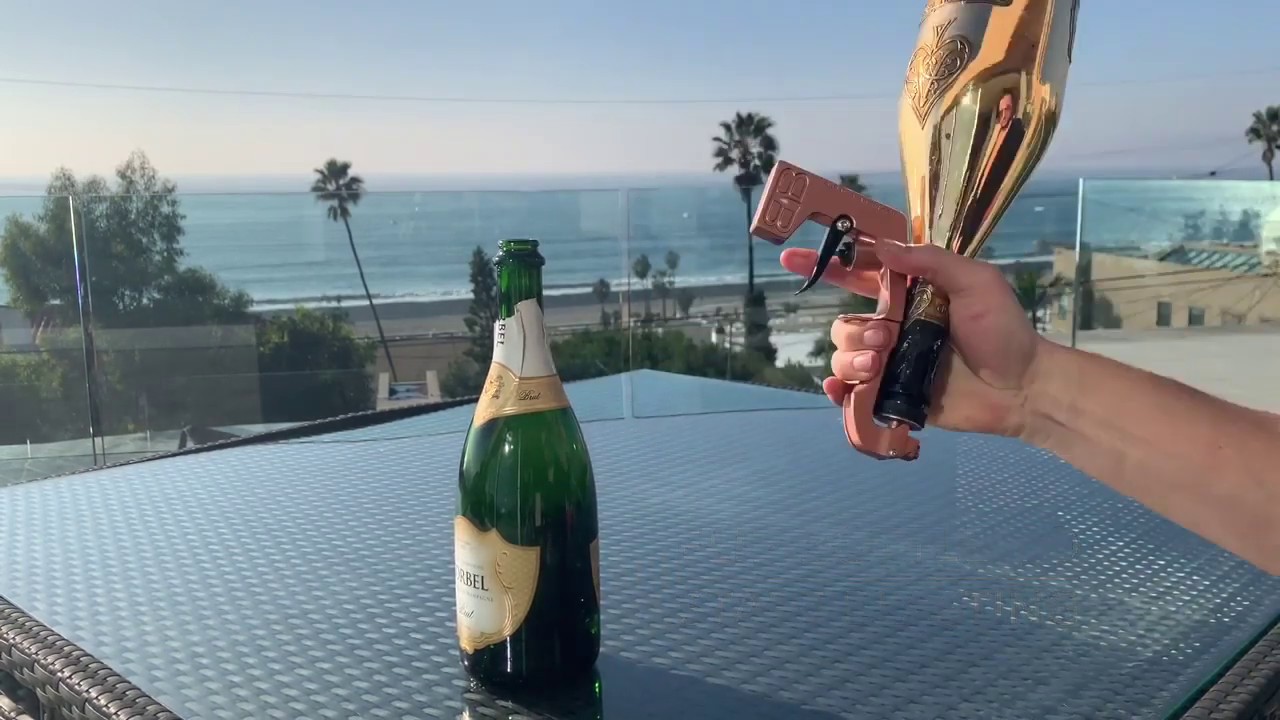 Fermentation of yeast naturally causes carbonation. The bubbly Blaster then utilises this carbonation to build up the gas pressure above the liquid as and when the bottle is turned on the other side. The champagne is then pushed out of the neck of the bottle as though it was forced and then everything lies in the hands of the Bubbly Blaster. There is a throttling trigger, a sealing system and a very specific pressure drop which is formulated through the drop in pressure. And then rise the champagne sprayer!

The Blaster is capable of attaching itself to a 750 ml champagne bottle as well as the 375ml and 1000 ml bottle. The bottle openings aren’t all the same size as a result there is an adjustment system involved as well. There is a nut at the top of the sealing system so that the seal is tight incase the Blaster is not of the appropriate size.

Steps to Open the Bubbly Blaster 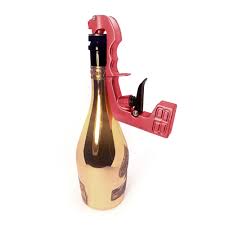 Features of the Bubbly Blaster