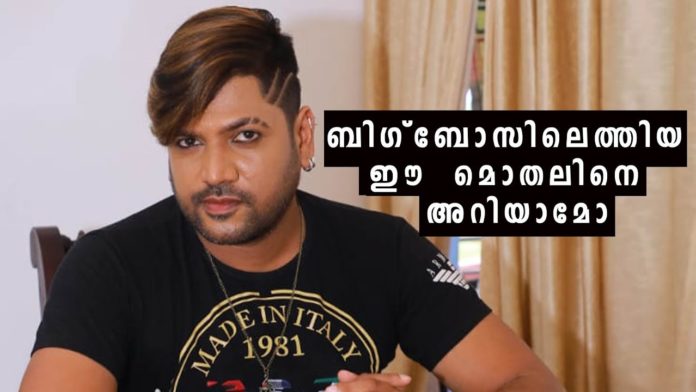 Feroz and Sajna have another specialty. They are the first couple in the history of Bigg Boss Malayalam. Although there are two, they will be considered as a single contestant on the show. Television host and dancer Firoz and his wife Sajna are very familiar to the small screen audience.

Firoz started his career as an Assistant Director in the Malayalam Television Industry. He later became the host of the show ‘Dangerous Boys.’ Firoz, who appeared as a contestant on the dance reality show ‘Thillana Thillana’, was the show’s title winner. Firoz also participated in the show ‘Tarotsavam.’ Firoz is an actor who has made his film debut. Firoz has also acted in Mammootty’s Face to Face ‘and a Kannada film.

The serials have also starred Sajna Anna Kareena, Sumangali Bhava, Chacko, and Mary, who are well known. Along with Feroz, Sajna has been a part of reality shows before. The two had appeared together in a couple of shows like ‘Jodi Number One’ and ‘Surya Jodi.’

The couple has a son. “The biggest relationship in life is our son. The only regret is that he was left out, ”said Feroz and Sajna on the show.

Feroz says that they came here after watching the Bigg Boss show in other languages ​​and that everyone has a master plan based on the week’s performance of the current contestants and that we are going among those tiger cubs. At the same time, Sajna is confident that they will be closer, tighter than them.