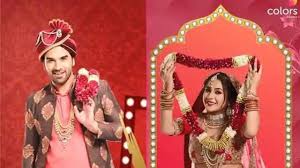 Mujhse Shaadi Karoge aired for the first time on Colors on 17th February 2020. The show is solely based on entertainment and will not actually end with anyone getting married. Bigg Boss 13 finalists, Shehnaz Gill and Paras Chhabra will test the abilities of a few chosen men and women. These will go on to compete for their hearts. We dug a little deeper to get the names of a few chosen contestants for you.

Jasleen is an Indian actor and singer. She shot to fame during her stint in Bigg Boss 12. The show’s main theme was jodis and she entered the house with teacher Anup Jalota. She claimed that they were a couple and deeply in love. Post her exit from the house she revealed that the relationship was a game plan and they have nothing of that sort between them. Her fake relationship became quite controversial and made headlines. Jasleen is actually a singer and has a melodious voice. She hails from Ludhiana, Punjab. Jasleen is 28 years old and loves travelling.

Heena Panhal is an Indian film actress. She is well known in the Marathi film industry and has also done her share of work in Bollywood. She is especially famous for her item songs Balam Bambai and Bevda Bevda Zalo Mi Tight. She has participated in the second season of Bigg Boss Marathi as well. Heena was born on 3rd April 1990 and is currently 29 years old. She has a degree in engineering. Heena is a trained pole dancer and loves riding the bike.

A prominent face in the Indian stand up comedy sector is Balraj Syal. He is an Indian actor, writer and achor as well. He is known for his work on the small screen industry and has a great cominc timing which leaves you in splits. He was born on 26th January 1983 and completed his early education at Shree Parvati Jain Co-Education Senior Secondary School, Jalandhar. He went on to do his graduation in Jaldandhar as well. He rose to fame with his comedy shows like Entertainment Ki Raat and Comedy Circus Contestant. Balraj boasts of a strong fan base due to his amazing comic timing. He has even got himself a place in the film industry owing to his talents.

Indeep Bakshi was born on 23rd May 1990 and is currently 26 years old. He learnt music from his teacher Ankit Tripathi after composing the song Saturday Saturday. He became a household name post Saturday Saturday. In 2013, Indeep released his first album titled Billionaire. Indeep loves cricket and his favourite cricketers are Virender Sehwag and Robin Uthappa.

Rohanpreet is an Indian singer who shot to fame after becoming the first runner up of Sa Re Ga Ma Pa Lil Champs. He was also a contestant on the Rising Star. Rohanpreet was born on 1st December 1994 and is currently 26 years old. His hometown is in Patiala, Punjab. Rohanpreet’s favourite singer include Justin Bieber, Shael Oswal, Sofia Kaif, Sonu Nigam and Sunidhi Chauhan. He loves playing cricket.

The internet sensation Vipin Sahu makes his presence felt on the show. He became an overnight sensation post his paragliding video going viral. Vipin was bribing his instructing to get him back on land in the video. He actually wanted to hide the video but his younger brother posted it on his YouTube account.

These are the known contestants who will be fighting for the hearts of Shehnaz Gill and Paras Chhabra. It will be interesting to watch who will win their hearts.