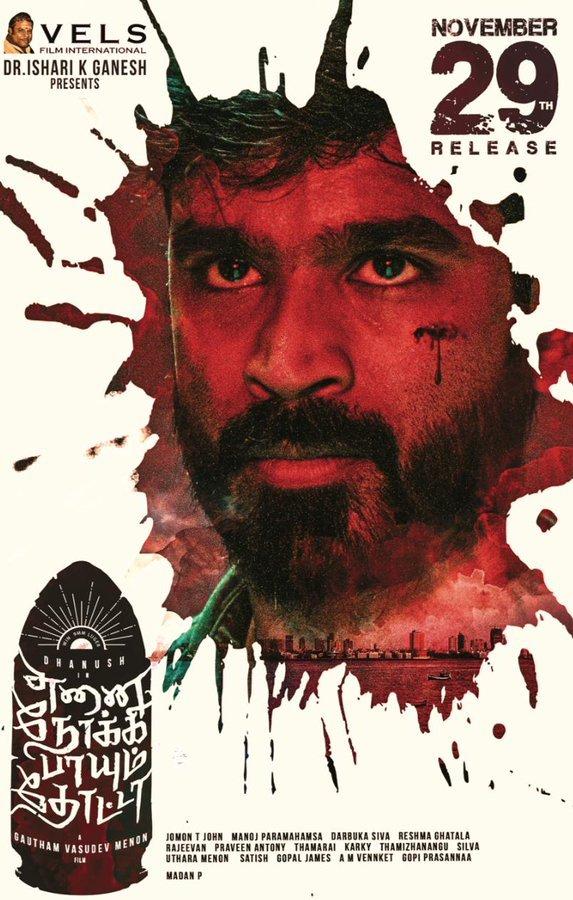 Enai Noki Paayum Thota release date is announced, thanks to Ishari Ganesh who is releasing the movie after clearing all debts of Gautham Menon. It’s now releasing on Friday 29th November 2019. Dhanush is riding hight after the success of Asuran which is a super-hit movie released in October 2019. So his fans are looking forward to the release of Enai Noki Paayum Thota and are elated to know that it’s releasing this month on 29th November 2019.

Gautham Menon has made a deal with Ishari Ganesh by launching his son Varun as a hero in an action movie “Joshua” and inturn he cleared all the debts of Gautham Menon for the movie ENPT and helping him release during November 2019. Joshua’s first look poster is released today along with the news of Enai Noki Paayum Thota’s release date. #ENPT is trending on Twitter and fans are looking forward to watch this movie which started production in 2016.