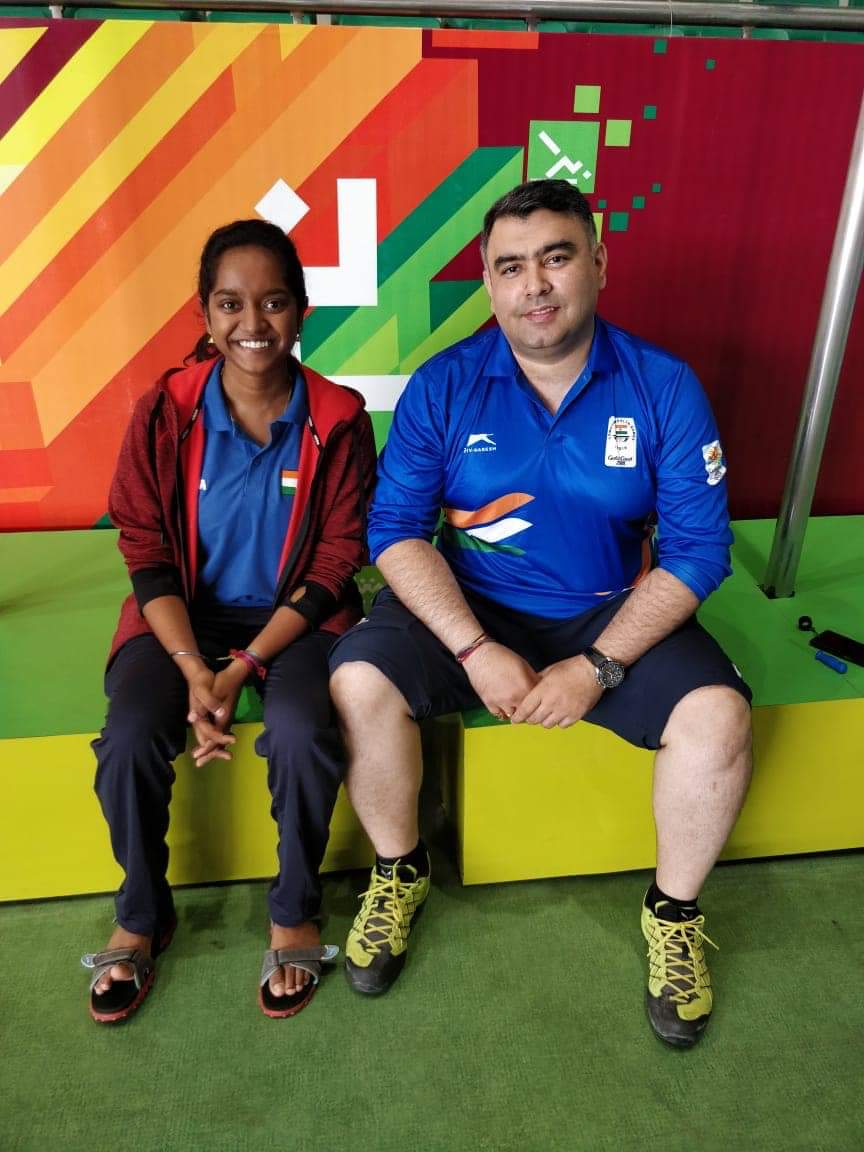 Aburvi Chandela and Anjali Bhagwat are the 3rd Indian to win gold in this competition. Born in Cuddalore, she lives in Ahmedabad after the age of two.