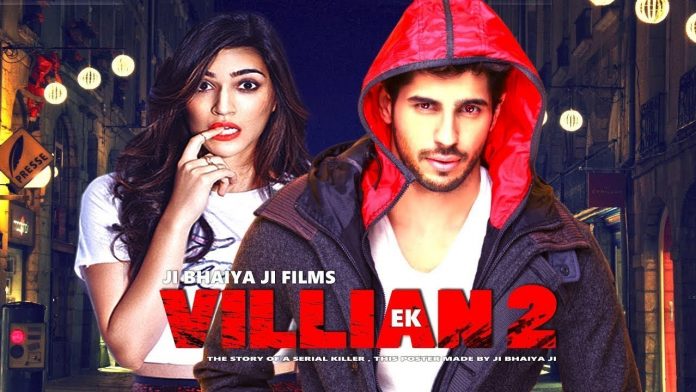 Filmmaker Ekta Kapoor and ace producer Bhushan Kumar are joining hands to create movies together. Their first outing will be a sequel to the 2014 film ‘Ek Villain’. This will mark the first of many of the producer duos collaboration. Mohit Suri will return to helm the project as the director of the sequel. The film is set to release on January 8, 2021.


“When the first thing u both say Is ‘JAI MATA DI’. Looking forward to up the entertainment quotient with @itsBhushanKumar! Starting with the sequel of 2014 blockbuster – #EkVillain! The second installment will release on Jan 8, 2021! It’s indeed a mark of a new beginning,” Ekta wrote in her tweet.

When the first thing u both say Is ‘JAI MATA DI ‘ ???????Looking forward to up the entertainment quotient with @bhushankumar!Starting with the sequel of 2014 blockbuster – #EkVillain! The second instalment will release on Jan 8, 2021! It’s indeed a mark of a new beginning ?? @shobha9168 @ruchikaakapoor @balajimotionpictures @mohitsuri @tseries.official @tseriesfilms #BalajiMotionPictures

The makers are yet to announce whether the protagonist Sidharth Malhotra will be joining the star cast of the sequel. It is confirmed that John Abraham and Aditya Roy Kapur will be playing the villains. Mohit Suri reported that he had narrated the plot to John and Aditya and they both are interested in the rolls. But the female lead is yet to be finalised.
“We have narrated it to John, Adi and they both have liked their parts. Both are playing the ‘villains.’ Now we have to cast the girls. I can’t just take anyone. They play important roles. There will be two girls” said Suri.

The original starred Sidharth Malhotra and Shraddha Kapoor in the lead roles and Riteish Deshmukh played the prime antagonist.