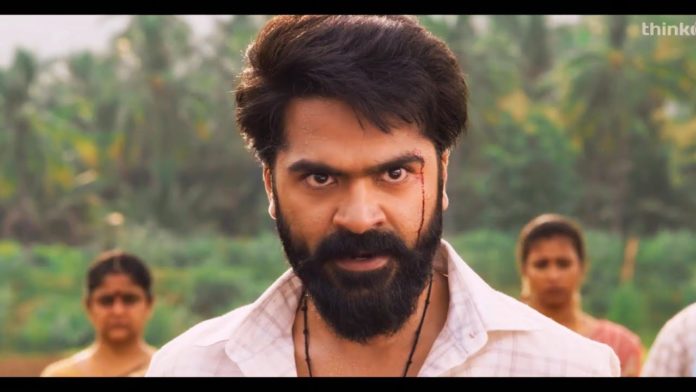 The trailer of the movie ‘Eeswaran’ directed by Suseendran and starring Simbu has already been announced to be released at 5.04 pm today. The opening scene itself was stunning. The trailer begins with a punch dialogue that will definitely satisfy Simbu’s fans.

In the next scene, someone says, “There’s going to be a death in this house on the coming full moon,” to which Simbu replies that he will not allow even a single death as long as he is alive. This dialogue with vigor from Simbu shows this movie will be a mass entertainer.

Then in another scene, ‘I see his weakness in every ball the enemy puts in,’ says Simbu. The last punch at the end of the trailer is the scene where Simbu angrily says, ‘If you are an Asuran who came to destroy me, I have come to save, I am Eeswaran.’ Is this scene targeting Dhanush’s Asuran movie? Or is it related to the story of the film? We will have to wait and watch

All in all, there is no doubt that ‘Eeswaran’ will be a popular hit film for Simbu as the two minutes in this trailer have all the action scenes, romance scenes with Nidhi Agarwal, comedy scenes, and sentimental scenes. From this trailer, you can see that the film will be enjoyed not only by Simbu fans but also by the family audience.