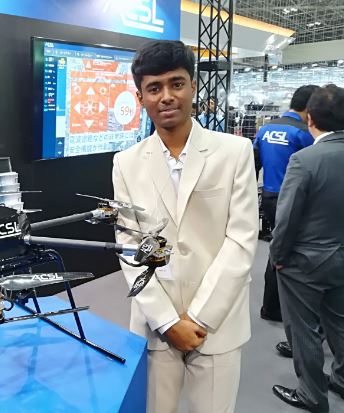 NM Prathap popularly known as the Drone Scientist of India. He has claimed to make hundreds of drones by electronic waste that fetched him several honours across the globe and the country. However, recently in a televised interview with a local channel, the boy from Karnataka not only refused to answer basic questions about aerodynamics but also to showcase some of the drones that he has made.

In 2017, Prathap was recognised on several national as well as international platforms for his work. Prathap has won young scientist awards from Japan and France and gold medals for his research on drones from Germany and the USA. Currently, Prathap is working to establish his own start-up that can involve youngsters to build drones or any other devices.