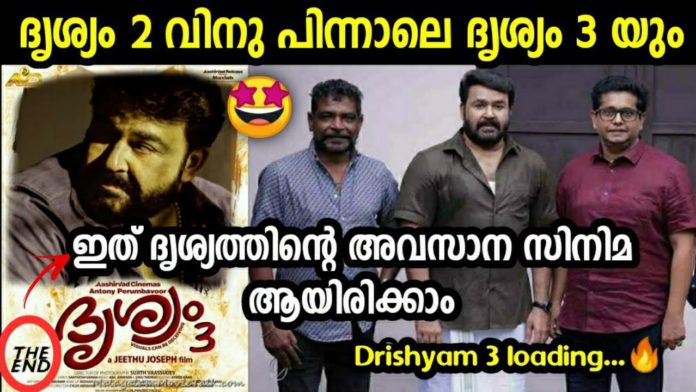 Notably, the film was remade in Tamil and Telugu, Malayalam, Kannada, and Hindi in almost all Indian languages ​​and was a success in all languages.

In this context, the second part of the movie ‘Drishyam’ was released last Friday and received a huge response. Following the huge success of the first part of the film, arrangements are being made to remake ‘Drishyam 2’ in several languages, including Tamil.

In this regard, in a recent interview with Jeethu Joseph, the film Anthony producer said that he knew that he had the intention to direct the third part of the film ‘Drishyam,’ and I hope that he will direct the film. So fans are looking forward to the announcement of ‘Drishyam 3’ coming soon.