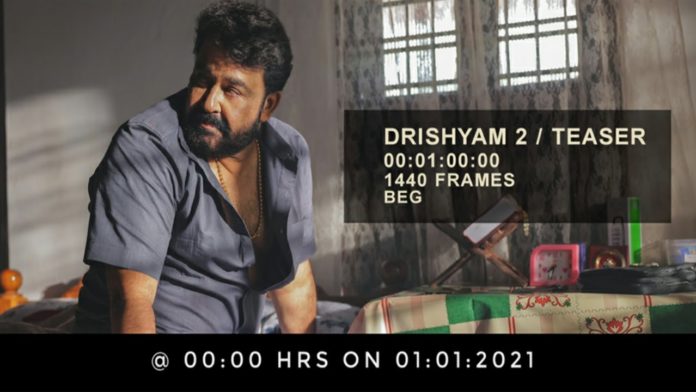 Though the trailer of the movie ‘Master’ starring Thalapathy Vijay is expected to be released on New Year’s Day, the official announcement has not been released yet. It has been officially announced that the teaser of a movie starring a leading actor will be released on January 1, 2021, at exactly 12 AM midnight, just before the New Year.

The super hit movie ‘Drishyam’ was released in Malayalam in 2013. The film was remade in almost all Indian languages, including Tamil, and was a hit. At this stage, the second part of the film Drishyam 2 is in full swing. It is noteworthy that almost all the crew of ‘Drishyam,’ including Mohanlal and Meena, are working on it.

It has been announced that the teaser of ‘Drishyam 2’ will be released on January 1 at 12 am-midnight on New Year’s Eve. Following this, it is noteworthy that all Mohanlal fans are now preparing to welcome this teaser.