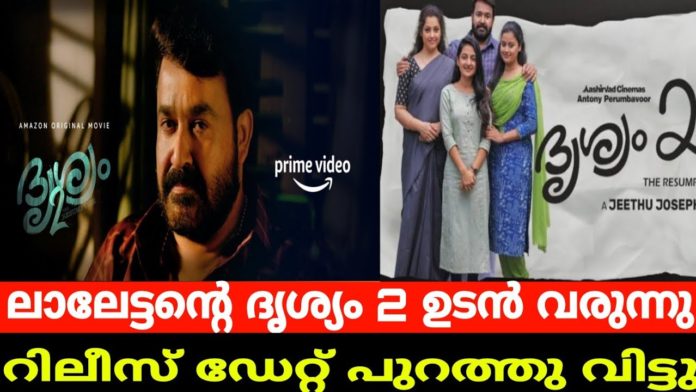 ‘Master’ and ‘Krack’ tasted success in the box office after their Pongal releases. However, both the blockbusters took the OTT release quickly, which was a decisive move. ‘Master’ was released on Amazon Prime Video and is tasting success on the OTT platform. ‘Krack’ was released on Aha Video on the 5th of February 2021. However, Dhanush’s Jagame Thanthiram never explored the box office release route.

With the situation improving across Indian states, the production team is unwilling to take the box office bite. Hence, Drishyam 2 is scheduled for a direct OTT release. According to reports, Prime Video is pushing forward for an early release after seeing the success of ‘Master’ on its OTT platform.

Mohan Lal tweeted Drishyam 2 while the director Jeethu Joseph announced the completion of production activities for the film.