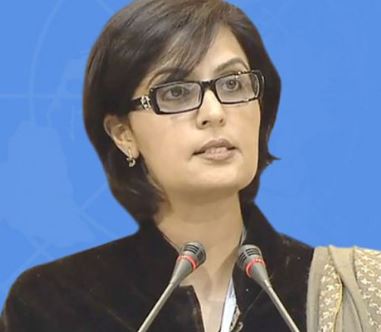 Dr. Sania Nishtar is a Pakistani cardiologist and public health expert. Prime Minister Imran Khan has appointed her as the Special Assistant to the Prime Minister (SAPM) on poverty alleviation. She is also the current Chairman of BISP – Benazir Income Support Program. Apart from being a crusader against hunger and deprivation, she is internationally acclaimed for her single minded devotion to fight non communicable diseases. She has chaired many high profiled committees of the World Health Organization.

After completing schooling in her hometown, she was graduated from the prestigious Khyber Medical College in 1986 where she was adorned with Gold Medal. She also holds Ph. D degree from King’s College, London. After working as a doctor, she started her public life as an activist when she had founded Heartfile in 1998. Since then, there is no looking back. In a short span of time, she had become a world famous health activist.

It may also be noted that Pakistan Government had nominated Sania for the coveted post of Director General of WHO. She was among three shortlisted candidates, but couldn’t become the DG because of USA pressure. There is absolutely no doubt that WHO would have become even more relevant under the able guidance of Sania Nishtar.