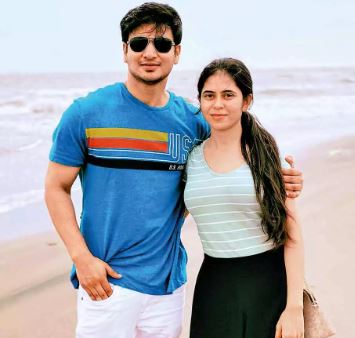 Dr. Pallavi Varma is the wife of Telugu film star Nikhil Siddhartha. They had tied nuptial knot on May 14th amidst the COVID-19 pandemic. Actually, they had postponed marriage once in April and didn’t want to go for another delay as there was no relaxation in sight for big fat wedding that Nikhil had planned.

She has absolutely no connection with film industry. She had never thought that a film star will come to her and propose her. There isn’t any doubt that she is lucky in this context. Nikhil had that proverbial love-at-first-sight for her.

Pallavi had completed MBBS in 2017 and had taken admission for MD in a college in Bengaluru. She had attended a function where Nikhil was also there. It was quite natural that she along with all of her friends was eager to take a look at the handsome man. When Nikhil saw her, he fell. In an interview, Nikhil said that the way Pallavi was walking and the confidence she was exerting compelled him to take notice for her.