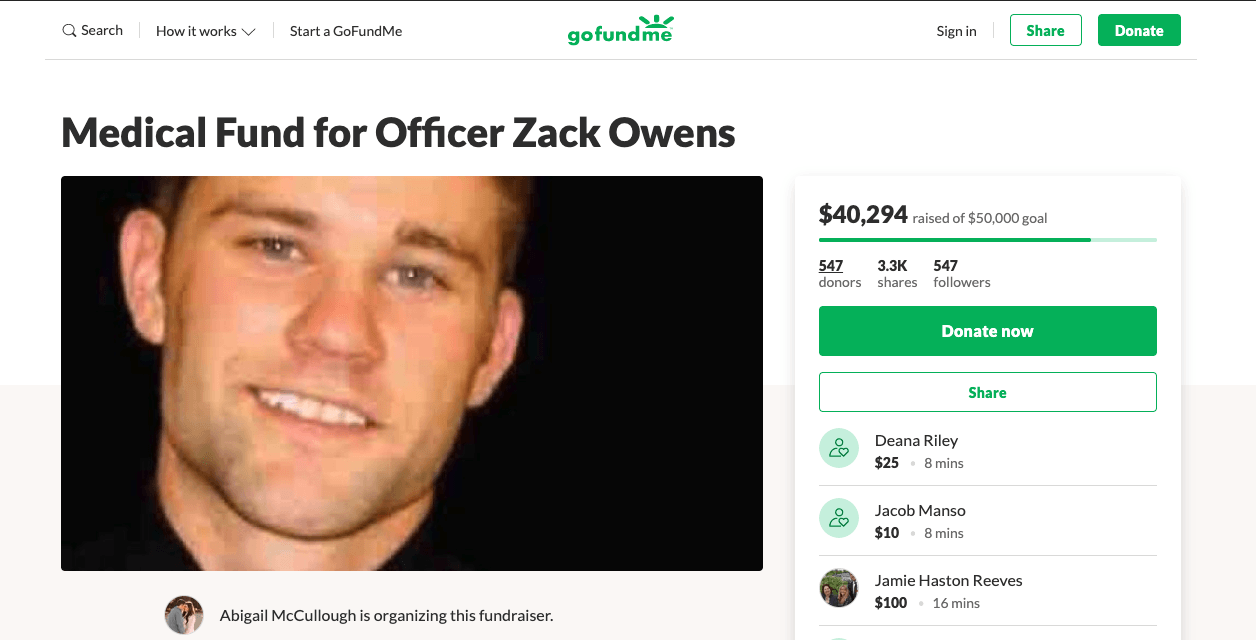 Midland Police Officer Zack Owens risked his life during the shootout at Odessa & Midland, TX on August 31, 2019. A GofundMe campaign is set by Zack’s cousin to help him pay the bills, the campaign goal is $50,000 and it has almost reached the goal. We request people to donate for the speedy recovery of this officer. He was shot multiple times in the arm and hand according to the page. He also has glass shards in his eye, which a family member says is his most serious injury. An Odessa Police officer and a Texas State Trooper were also shot Saturday. Investigators say neither have life-threatening injuries.

We appreciate anything and everything. Please keep Zack in your prayers as we don’t know the outcome of the situation at this time. We would like to thank thank everyone who has been praying, and the continued prayers for everyone involved in today’s tragic events.

Update per GoFundMe terms: I am the wife of Zack’s cousin, Justin. I was asked to set up the campaign for the family. All donations will go directly to Zack. Zack, and his brother Jake, are officers with the Midland Police Department. They risk their lives daily for the men and women of their community.