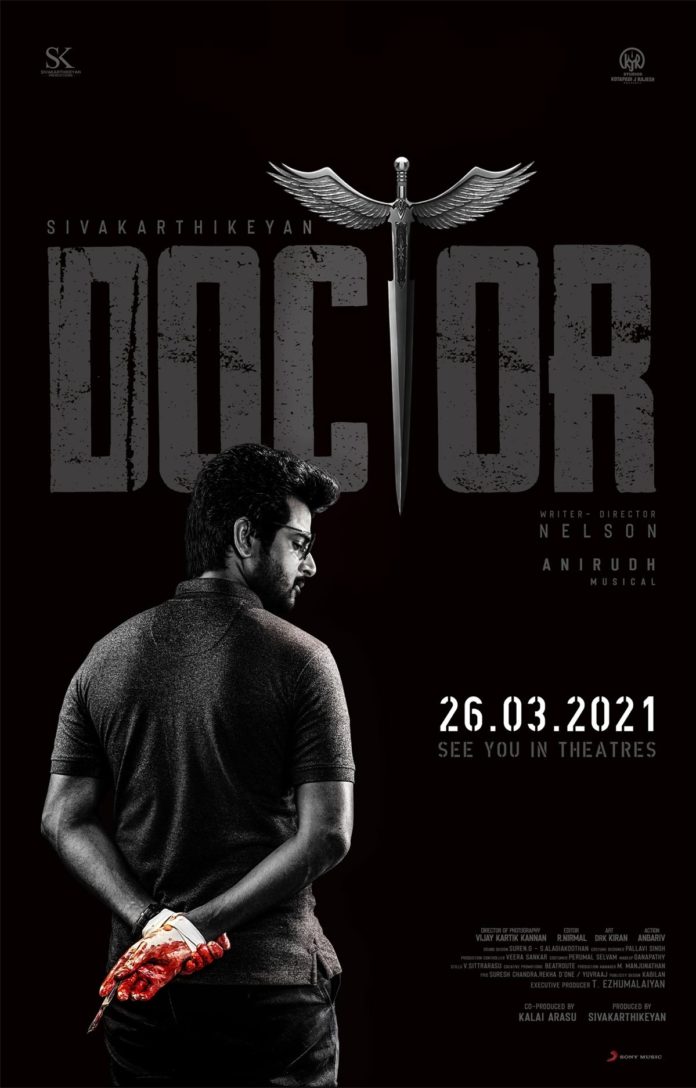 The official release date of ‘Doctor’ has been announced on the social media page. Fans are excited to know that Sivakarthikeyan and Nelson movie Doctor is release in theatres.

It has been announced that Sivakarthikeyan’s ‘Doctor’ will be released on March 26. Sivakarthikeyan fans are celebrating this. The film, directed by Nelson and starring Sivakarthikeyan and composed by Anirudh, has already generated a lot of anticipation.