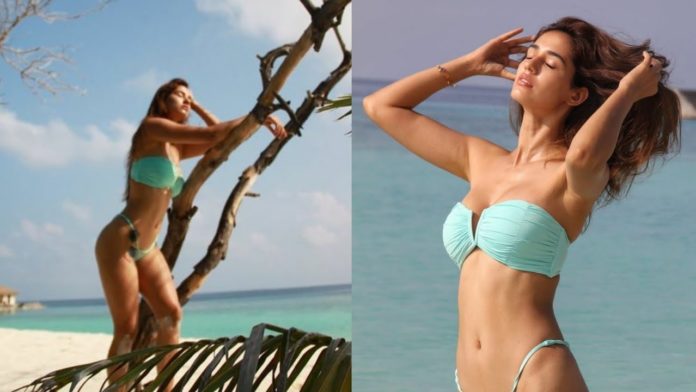 Actress Disha Patani always remains in the headlines for her fashion statement. Her bold and glamorous pictures steal hearts. She is very active on social media, and the list of her fans is also long. Now some pictures of Disha are becoming increasingly viral on social media, in which Disha is looking extremely bold and beautiful in a blue bikini. Fans are commenting on these pictures.

Disha Patani is seen posing in the blue bikini on the beach in this picture. She is seen standing near a tree. Disha is seen in free hair. While sharing this picture, Disha has shared a tree emoji. This picture has received 10 million views so far.


Talking about films, Disha will soon appear in Prabhudeva-directed ‘Radhey: Your Most Wanted Bhai’ and Superstar Salman Khan. Apart from this, Disha will be seen in Mohit Suri’s ‘Ek Villain 2’ in her kitty.


Apart from this, Disha has recently signed Ahmed Khan’s ‘Om’ film. In this film, Disha can be seen in the lead role alongside Aditya Roy Kapoor. She will next be seen in ‘Katina’ produced by Ekta Kapoor. The film also stars Akshay Oberoi and Sunny Singh.