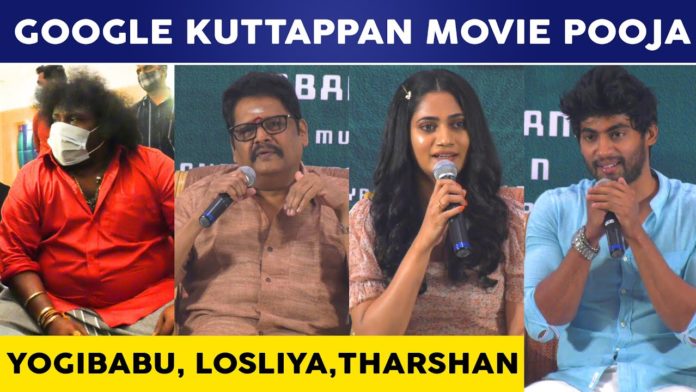 It is known that famous director KS Ravikumar has introduced newcomers in many films directed by him. In that sense, he has introduced Bigg Boss fame Tharshan as a hero in his upcoming movie ‘Google Kuttappan.’

It is worth mentioning that Bigg Boss fame Losliya will play the heroine of this film, and the press meet of this film was held in Chennai today. Speaking at the press meet, KS Ravikumar said they would introduce the famous director Vikraman’s son Kanishka as the hero in his next film. He said the announcement would be made soon.


KS Ravikumar has worked as an assistant director in films like ‘Pudhu Vasantham’ and ‘Puriyadha Pudir’ directed by Vikraman. Now KS Ravikumar will introduce his son as a hero in his movie.