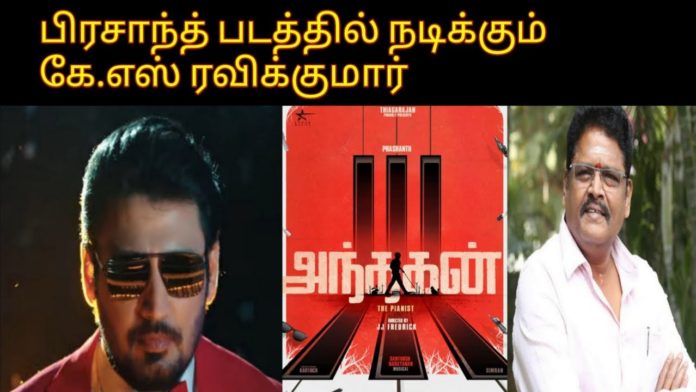 We have already seen that actor Prasanth will act in the Tamil remake of the Bollywood super hit movie ‘Andhadhun,’ and it has been officially announced recently titled ‘Andhagan.

We have already seen the news that Simran and Karthik will play important roles in the film, directed by JJ Federick and music by Santosh Narayanan. JJ Fedrick was the director of Jyothika’s move ‘Ponmagal Vanthal,’ released on the Amazon Prime OTT platform.

Produced by Prasanth’s father Thiagarajan, the film Andhagan is set to start shooting soon. It has been reported that director KS Ravikumar will be acting in an important role in this movie. KR Ravikumar is known for his comic sense, and it will be interesting to see which character he will reprise in this movie.