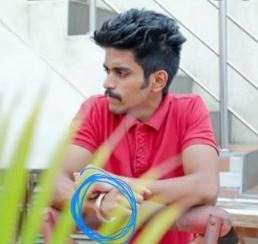 Dipesh Sawant was the former house manager of late bollywood actor Sushant Singh Rajput. Dipesh Sawant had turned approver on last Sunday in his case investigation by CBI. It is reported that the former house worker had given his detailed statements in writing and in the video to CBI officials, but had only requested to not be forced to step outside. It is reported that Dipesh is fearing his life and frightened to go outside.
a video of Sushant’s househelp Dipesh Sawant is going viral on the internet where he can be seen allegedly smoking weed. A social media user shared this undated video of Dipesh. The video is being linked with Rhea’s drug angle. The CBI team is looking into this new drug conspiracy angle.
The chats of Rhea reportedly indicate that she was allegedly using illegal drugs such as MDMA, Hashish, and Marijuana and was taking instructions from an employee at a talent management agency to administer a drug to the late actor.