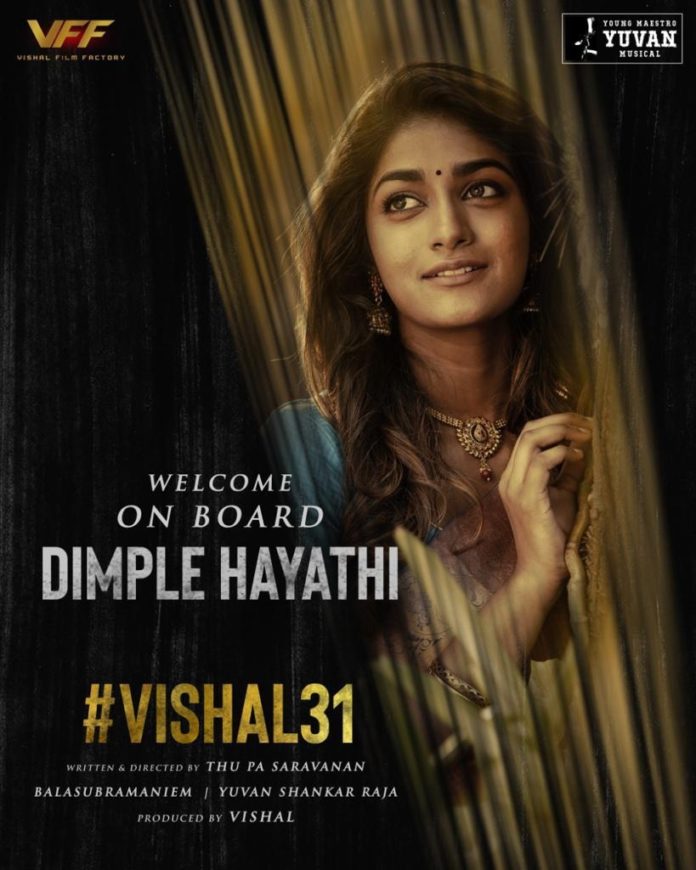 It is known that Vishal, one of the younger generation actors in Tamil cinema, is currently starring in two films, ‘Enemy’ and ‘Thupparivalan 2’. It is noteworthy that the shooting of these two films is almost over. In this situation, the puja of Vishal’s new film was held in Chennai today. DB Saravanan will direct Vishal’s 31st film. The film will be produced by Vishal’s ‘Vishal Film Factory’ with music by Yuvan Shankar Raja.

An official announcement has been made about the actress who will be paired with Vishal in the film. The film stars Dimple Hayati in the lead role. She has already acted in AL Vijay, directed Prabhu Deva and Tamanna starrer ‘Devi 2’, and acted in a few Telugu films. Filming for this movie is set to begin soon.