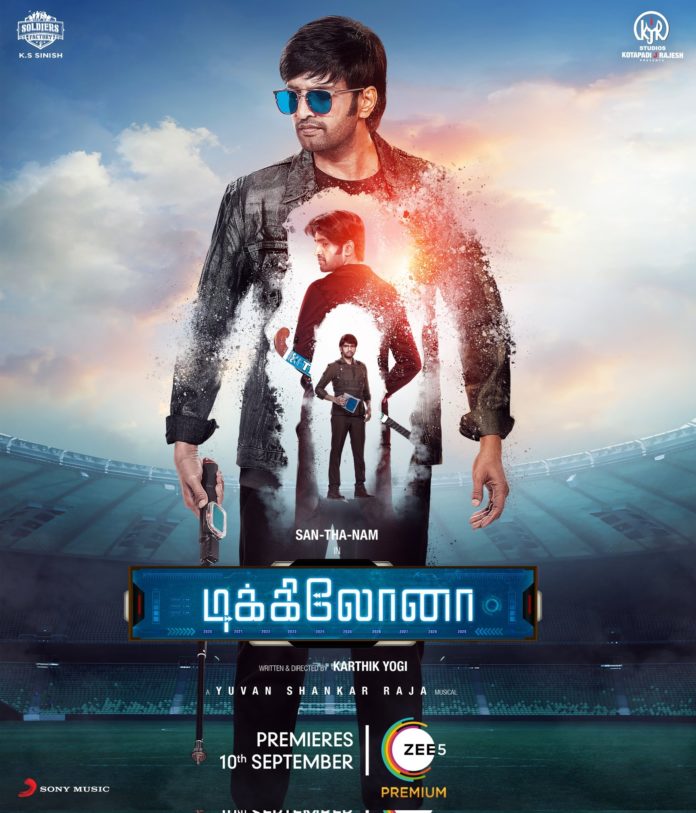 It has been officially announced that the next movie starring actor Santhanam will be released on OTT, and the release date has also been announced. Actor Santhanam first acted in three roles in the movie ‘Dikkiloona.’ It is worth mentioning that this film’s shooting and post-production work was completed, and it was ready for release last March and got the censor certificate.

Santhanam has acted in three roles in this film, and he is paired with Anaika and Shirin. The film also stars Motta Rajendran, Muniskanth, Anandaraj among others. The film is co-composed by Ilayaraja and Yuvan Shankar Raja. It is worth mentioning that the song of Kamal Haasan’s ‘Michael Madana kamarajan’ ‘Per Vachchalum Vaikkama’ has been remixed in this film.