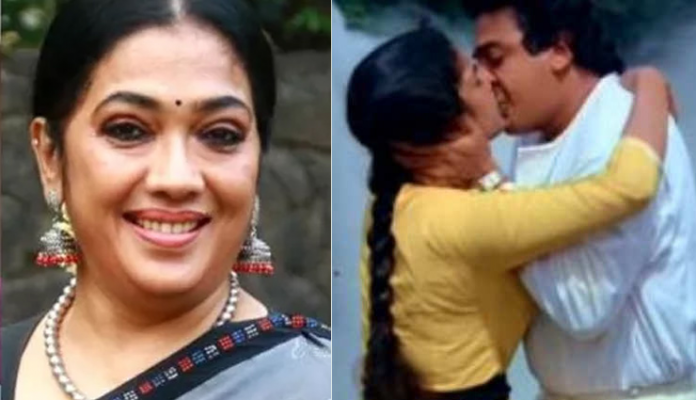 A video clip of an old interview of South Actress Rekha is going viral on social media since Monday. In this interview, she is talking about a popular kissing scene from the film Punnagai Mannan. Talking about this kissing scene filmed with Kamal Haasan, Rekha said that director K Balachander and Kamal Haasan had not taken permission from her for this scene. When Rekha was asked about this after the video of the interview went viral, the actress refused to comment.


Rekha said that I have nothing to say on this. I have received calls from some people. Do not know why it is becoming popular on social media now. This is several years old. Those scenes were filmed without my approval but it worked in the film. I don’t want to talk about it now and get popularity from it.

I am busy with my acting assignments and other responsibilities. Rekha said that this scene was not at all vulgar. It was needed there. Seeing them in theaters, it was known that the scene was so impactful. Rekha said she was very young at that time. She says that the director said, “Close the lotus eyes, you don’t know what to do.” On this Kamal said, yes. After this scene, he had to jump from the hill. He kissed and then jumped.

Actually there is a scene in the film where the characters of Kamal Haasan and Rekha go to commit suicide. Before the scene of suicide, Kamal Haasan makes Rekha kiss. Rekha did not know anything about Kiss nor was it in which script. Later the director of the film went from Rekha and said that ‘there is nothing vulgar in it, we just have to show emotion and love between the two characters’. Rekha was only 16 years old at the time of the shooting of this film and had appeared for the 10th examination. She was very afraid that her father would be very angry after seeing this scene. Rekha further said that due to this incident she had been upset and scared for a long time.

She also said that after this scene, directors Balachander and Kamal Haasan never apologized to him. Even though Rekha seems very calm in the video, suddenly this video is becoming increasingly viral. In this, social media users are commenting fiercely. People are calling it another form of sexual harassment. After the video went viral, people are getting very strict reactions. People are asking Kamal Haasan to apologize for this kiss from Rekha.