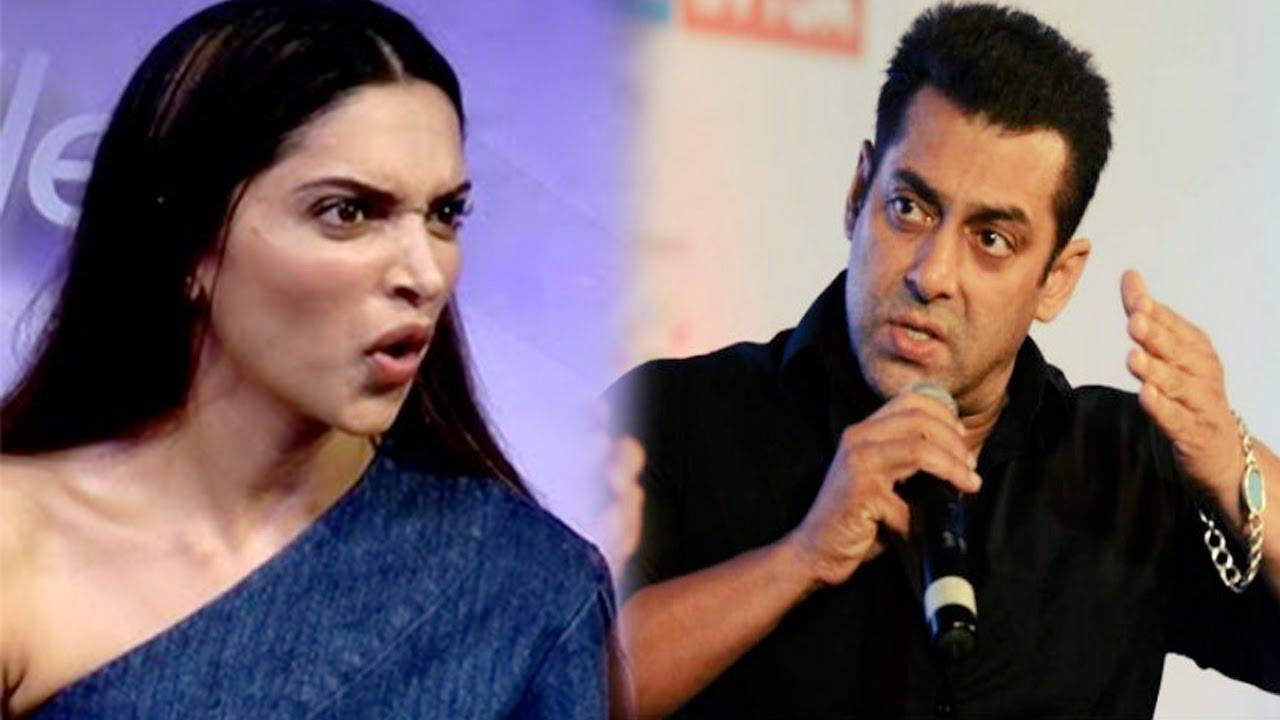 Though popular celebrity spotter, voompla covered the news, several other social media platforms were abuzz with questions if all is well between Deepika Padukone and Sallu Bhai.

Did Salman ignore Deepika?? Or was it Deepu who ignored him?? Or is the internet overthinking?? What do you think?? The nation wants to know!!? This burning question has taken the social media by storm with these moments of Salman Khan and Deepika Padukone crossing paths at IIFA. Salman walked from behind when Deepika was speaking to the media, not once but twice. Earlier, Deepika walked past Salman when he was speaking to the media? The two obviously knew about their respective presence because when Deepu was speaking, the media peeps started shouting 'Bhai Bhai' and when Salman was speaking, everyone started shouting 'Deepika Deepika' when she walked past at the back? Usually when A-Listers walk past each other they generally stop for a quick HI? or a Hug. Nothing of that sort here. What do you think? Are these strage vibes or is everyone just overthinking?? FOLLOW ? @voompla INQUIRIES ? @ppbakshi . #voompla #bollywood #salmankhan #deepikapadukone #saieemanjrekar #iifa #bollywoodstyle #bollywoodfashion #mumbaidiaries #delhidiaries #iifa2019 #salmaniacs #salmankhanfans #bhaihai #deepikapadukonefans #deepveer #ranveerians #ranveersingh #indianactress #bollywoodactress #bollywoodactresses

While a section of the media reports Salman Khan ignored Deepika Padukone, another section claims that Deepika ignored Salman. While Deepika was addressing the media at the IIFA green carpet, Salman Khan walked passed her. Though the mediapersons called out Salman Khan’s name, he did not step up and address the media next to Deepika.

Did Salman Ignore Deepika or Was it the Other Way Around?

When Salman was addressing the media, Deepika walked passed behind him. The mediapersons called Deepika’s name out and she gave the same reaction as Salman. Did the two celebrities ignore each other or is everything fine between them?

Certain reports suggest the media is having a glorious day by brewing some controversy between the two stars. However, it was obvious that Salman and Deepika could hear each other’s names being shouted at.

A little bit of courtesy was the obvious thing between two well acquainted celebrities but that was missing between Deepika and Salman at the IIFA Awards.

Did Salman and Deepika Lock Horns in the Depression Controversy?

Deepika suffered clinical depression in 2015. Salman Khan recently took a jibe at Deepika stating, ‘I cannot afford the luxury of being depressed’. This came after Deepika openly spoke about it. However, Deepika did not take it lightly when her tough phase was being mocked at.

Even though I have doubts when it comes to Deepika Padukone 's depression stage I think what Salman Khan said is very insensitive as I know many rich people who are unhappy and depressed, good for you DP for taking a dig at someone who needs a lesson in humanity.

Do you think something is wrong between Salman Khan and Deepika Padukone? Let us know in the comments below.