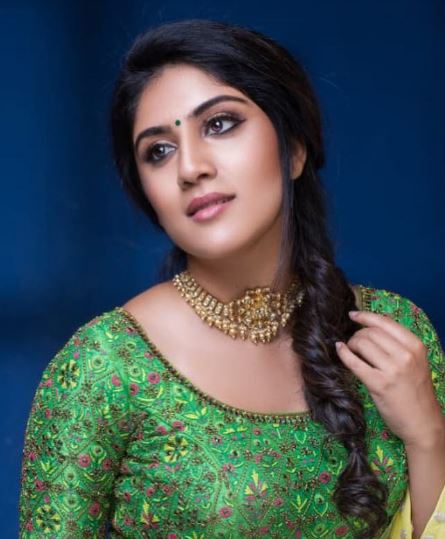 Dhanya Balakrishna is an Indian actress who has appeared mostly in Tamil and Telugu films along with Kannada and Malayalam films.

Balakrishna began her acting career with performances in theatre, After making her debut in A. R. Murugadoss’s 7am Arivu (2011), she appeared in ventures including Gautham Menon’s Neethaane En Ponvasantham (2012), Atlee’s Raja Rani (2013) and Srikanth Addala’s Seethamma Vaakitlo Sirimalle Chettu (2013). Dhanya made her debut as female lead in Telugu with Chinni Chinni Aasa (2013).