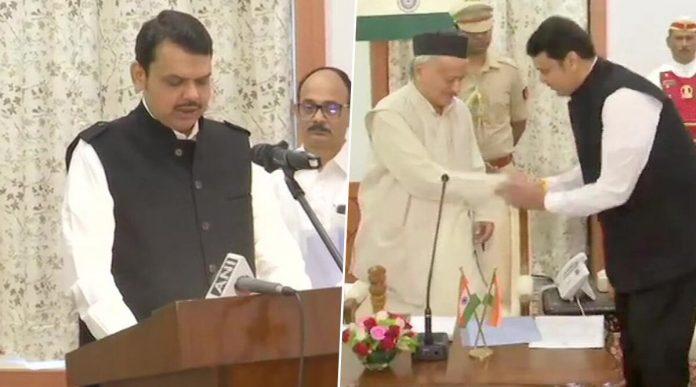 There was a big upsurge in Maharashtra politics on Saturday morning. The picture of politics has changed completely in the state overnight. BJP and NCP government has been formed in the state. In a major setback to the Shiv Sena, the BJP and NCP have formed a government in the state. Devendra Fadnavis of BJP took the oath of office as Chief Minister. At the same time, Ajit Pawar (Ajit Pawar) of NCP took the oath of deputy CM. This oath ceremony took place at Raj Bhavan. This big upsurge that came in the politics of the state in the morning was shocking for everyone. The two leaders were sworn in at around eight o’clock this morning.


Till now, Shiv Sena was engaged in efforts to form Congress and NCP government. The three parties almost reached the verge of forming the government, but the BJP overturned the seat of power in its court at the last moment.

Significantly, in the Maharashtra Assembly elections, BJP has got 105 seats, Shiv Sena 56, NCP 54 and Congress 44 seats. BJP and Shiv Sena fought this election together. Together, the two parties had crossed the 145-figure mark. But Shiv Sena put a demand for 50-50 formula in front of BJP according to which the model of running the government was two and a half years. After which both the paths were separated.