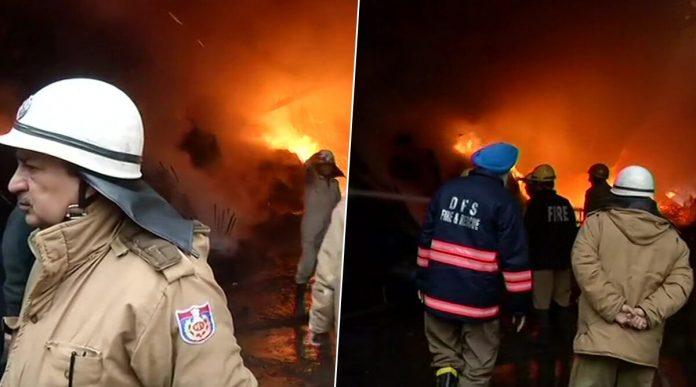 A major fire broke out at a plywood factory in Mundka in the early hours of Saturday. No injuries have been reported in the incident. There is news of fire in Mundka area in ​​the capital of India. To overcome the fire, 21 fire brigade vehicles are available on the spot. According to the information received, the fire started in a wooden warehouse. Fire crews are trying to extinguish the fire. However, there is no information about the cause of the fire. According to the information, this incident of fire has happened near Mundka Metro Station. No casualty has been reported in the incident yet.

Delhi: Fire breaks out in a godown in Mundka area. 21 fire tenders present at the spot. pic.twitter.com/Omx5IleMav

Delhi BJP President Manoj Tiwari, Union Minister Hardeep Puri and Delhi Chief Minister Arvind Kejriwal reached the spot. The Kejriwal government had announced financial assistance of Rs 10 lakh each to the kin of those who died in the accident and Rs 1 lakh each to the injured.