16 December 2012 – A day which changed the image of India in world media, a day when the flaws and incompetencies of the Indian judicial system when it comes to protecting women in the country was exposed, a day when the youth shrugged off their ‘Chalta hai’ (Never mind) attitude and rose up to voice their opinions, a day which changed the perception of the policy paralysed government in the Center and state of Delhi was upto, a day when a 23 year old female was subjected to a brutal, inhumane episode of assault, rape and attempt to murder.

Delhi Crime is a Netflix Original Web Series consisting of 7 parts which portrays the act of brutality from the eyes of the Delhi Police through their case files. Canada based Richie Mehta has directed a masterpiece which brings the entire political system, the attitude of the Indian citizens towards women, the incorrigible Indian media and the shambles under which the Police Department functions to account.

Delhi Crime throws the limelight on how ‘helpless’ the Delhi Police Department is when it comes to handling cases of this stature. Shefali Shah plays Varthika Chakravarthy who is the Deputy Commissioner of Police – Delhi South when the crime is committed. Varthika’s role displays how shattered a woman inside a confident and bold woman officer’s uniform is when it came to dealing with this case and Shefali has done an amazing job in conveying the message.

As the series progress, we are shown how pathetic the lives of the police officers in India is, under the environment they operate with acute shortage of funds and the political cloud which circles above their head aiming to butcher the police first when it comes to situations like these. On the contrary, it also shows how lethargic cops can be when it comes taking up responsibilities such as investigating the case from their police station, wanting to bunk work and so on.

When a crime is so heinous, the hunt is personal. Delhi Crime premieres March 22, only on Netflix.

Delhi Crime shows that the event cannot be prevented irrespective of however strong the Police force is as the change should come from the society, reducing the economic divide and educating the scores of illiterate youth who objectify women.

The Police case files justify their prompt action and efficient management of the case with the numerous obstacles which come in their way.

What we witness about the political system through the eyes of a common man wishing that another incident of this stature does not happen in India is worrisome. The egoistic and opportunistic Chief Minister of Delhi wishing to use this incident to bring the incompetence of Police department to the limelight through the media just because it does not function under the State jurisdiction tells us how bad and inhumane the political system is. The protests in Delhi which turned violent was inadvertently blown as the voice of the youth whereas the series shows that the Chief Minister’s son had a huge role to play in the peaceful protests turning violent.

Shefali Shah is intense and absorbing in her role which was a real one. The rookie Police officer Neeti Singh played by Rasika Duggal is a very important character which has shown how tough it is for women to pull it off in the Police department. Rasika Duggal also plays the role of a concerned and hurt woman in spite of being a police officer which is spectacularly pulled off by the young Indian talent. Rajesh Tailang plays the role of Bhupender Singh who heads the Special Investigation team for Varthika, the DCP.  Adil Hussain plays the Commissioner of Police who plays his role of diplomacy in balancing his political pressure and policing responsibilities with ease and crispness. 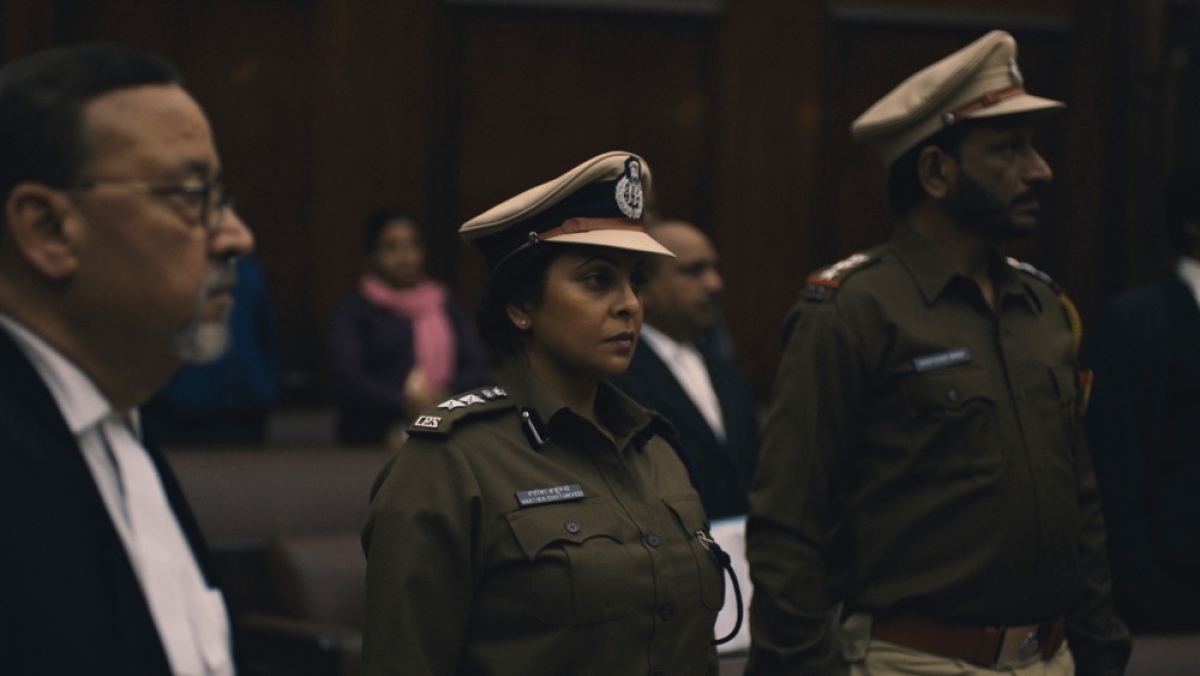 A noteworthy performance is displayed by Yashaswini Dayama who plays the role of the daughter of Varthika the DCP. The ‘Made in Heaven‘ star is very expressive about her concern as a young Indian girl and how fed up she is about the pathetic security of women in this country.

Delhi Crime has managed to pull off a thriller which is exceptionally detailed in its narration. The casting team has done a phenomenal job and there isn’t a moment where one of the casts slip off their charted roles. This Netflix series is engaging and eye opening and is a must watch for sure.

Who has the hottest bikini look: Sophie Choudhary vs Devoleena Bhattacharjee vs Shraddha Arya