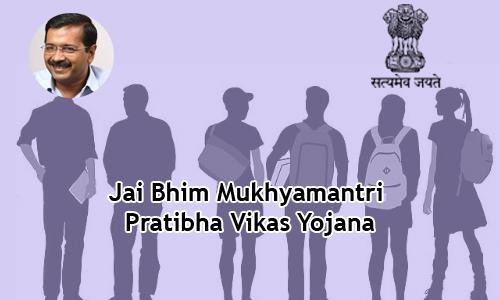 The Aam Aadmi Party government of Delhi has given a big gift to the public before the elections. Chief Minister Arvind Kejriwal has decided to give free coaching facility to all the poor children of Delhi in the cabinet meeting on Tuesday. CM Kejriwal said that under the Jai Bhim Mukhyamantri Pratibha Vikas Yojana, earlier only SC students were given free coaching facility. Now the benefit of this scheme will also be given to the poor students of general and OBC category. Also, the Delhi government has increased the amount received under this scheme from Rs 40,000 to Rs 1 lakh. Before the upcoming assembly elections in Delhi, CM Arvind Kejriwal has given a big gift to the upper castes.


Chief Minister Arvind Kejriwal has given the gift of free coaching facility to poor upper caste children of Delhi. The Delhi cabinet on Thursday approved the expansion of Jai Bhim Chief Minister Pratibha Vikas Yojana. Under this, the students of class 10th and 12th pass of General and OBC will also get free coaching facility. Earlier, only the students belonging to the Scheduled Castes ie ST category used to get the benefit of this scheme. The Aam Aadmi Party (AAP) government of Delhi has also increased the amount received under this scheme from Rs 40,000 to Rs 1 lakh. Keeping in mind the assembly elections to be held after 6 months in Delhi, CM Arvind Kejriwal has given a big gift to the people of Delhi.

Chief Minister Kejriwal told during the press conference on Tuesday evening that the AAP government’s emphasis is on education. The government aims that any child born in Delhi should not be deprived of a good education due to lack of money. Education up to class 12 is free in government schools of Delhi, but for further studies, children need money to go to a good college.

He or She needs coaching for admission to other colleges including engineering and medical including IITs. At the same time, coaching has to be done for competitive examinations like Civil Services and Railways. Due to lack of money, students of poor class are unable to do coaching, they are deprived of good higher education.

CM Kejriwal said that Jai Bhim Chief Minister Pratibha Vikas Yojana was started a year ago. Earlier this scheme was only for scheduled caste students. In which financial assistance of up to Rs 40,000 was given to each child.

In the cabinet meeting held on Tuesday, it was decided that the limit for the maximum amount to be received under this scheme should be increased from Rs 40,000 to Rs 1 lakh. At the same time, this scheme will be applicable to poor children of OBC and General category along with SC.