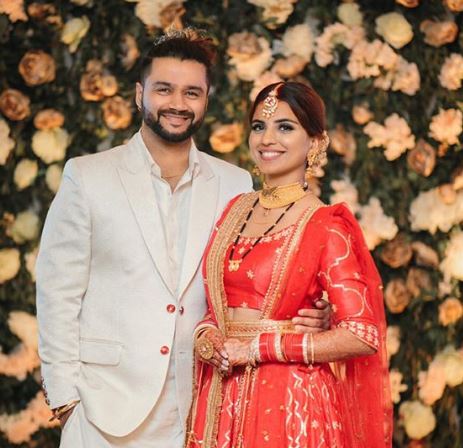 Deepti Tuli is a well-known singer in India. She is one of the emerging singers in the Indian film industry. She appeared in reality shows and music videos on YouTube. Deepti Tuli made the headlines after her marriage with Khatron Ke Khiladi fame Balraj Syal in a private ceremony in Jalandhar.

Deepti Tuli started her career as a singer and performed at many local stage shows and events. She appeared in the TV reality show “India’s Raw Star” as a participant and gained huge popularity and fan following from her appearance in the show. She also appeared in many music videos on YouTube like “Kite Door” and “Shukar Kar”.

Balraj has revealed that it has taken more than two years for him to convince Deepti to be in relationship. They got married on 07 August 2020 in a private ceremony in the presence of their parents and other closed family members.