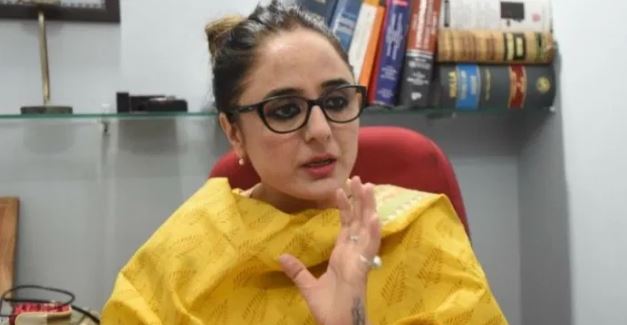 Deepika Singh Rajawat is an advocate based in Jammu. She is the Chairperson of Voice For Rights, an NGO working for human rights.

She also works with Child Rights and You (CRY), a Delhi based NGO for protection of child rights. For her work in the field of Juvenile Justice, Deepika Singh Rajawat has been awarded the Charkha fellowship and has also received the Ladli award.

Deepika Singh Rajawat posted a cartoon that linked sex crimes with ‘Devisthan’. In the cartoon, a man could be seen raping a woman at some place during ordinary days while it says that on Navratri, the man worships the Goddess at the same place. The visuals depicted in the cartoon vaguely reminds one of the Hinduphobic narrative that was launched during the Kathua case, the crime that drove Rajawat to celebrity status.