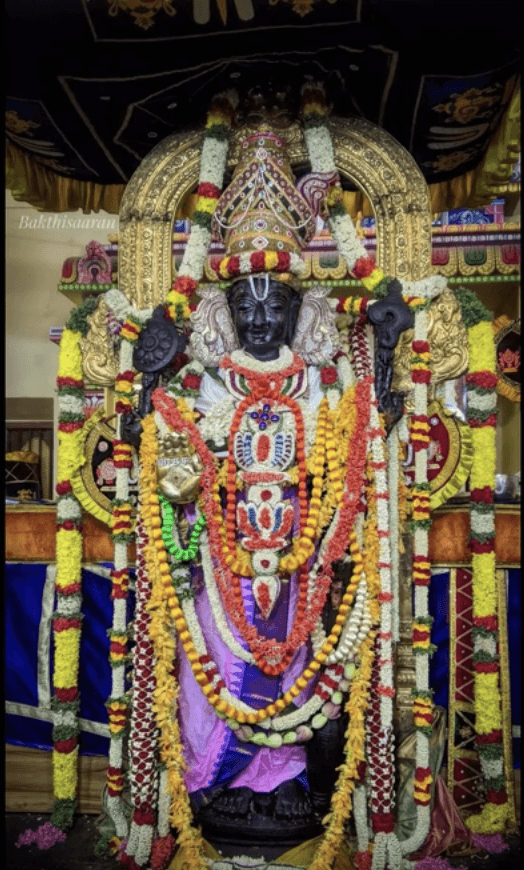 The day 45 of Athi Varadar darshan began with the visit of Superstar Rajinikanth visiting the temple at the early hours of August 14th and people who were there cheered him up. He spent sometime sitting before lord Varadar and left around 2am. Free Darshan started early to accommodate more people and the wait soared to as much as ten hours.


If you’re coming today for darshan in free queue prepare to stand for as much as ten hours. For Donor pass average waiting time will be five hours and for VIP pass it will take minimum four hours. For online booking Rs. 300 and Rs. 500 it will take as much time as Donor pass as both queue are same. Make sure to carry biscuits, water bottles and be ready to stand for a long time.

It is 45 days since the idol was taken out of the Sri Varadaraja Perumal Temple tank in Jul, 2019. The 48-day darshan began 1 July. Devotees were treated to the sayana thirukolam (reclining posture) of the Lord for the whole month.

On the 14th day of ninra thirukolam darshan today, there was heavy rush of people. Buses were being halted near Walajabad, according to reports reaching here, to streamline the traffic coming into Kanchipuram and leaving the temple town. The total crowd count is expected to be around 3 lakhs.

Yesterday being Bakrid, about 3-4 lakh people had darshan of Lord Athi Varadar. It is believed there will not be any let up in the number of people coming to Kanchipuram for darshan today as there are only two more days of Darshan left and tomorrow is a holiday due to independence day.