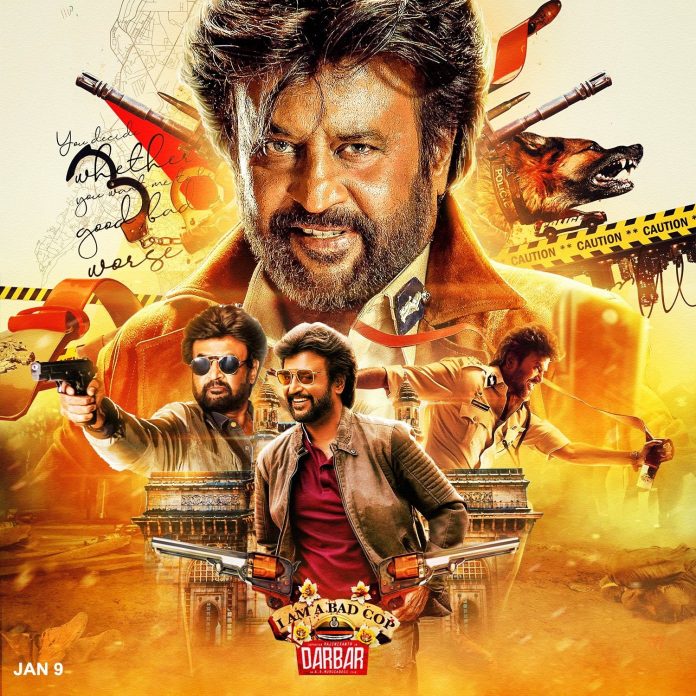 Rajinikanth returned to primetime during Pongal in 2019 in Petta after a long hiatus and some movies like Kaala and Kabali which didn’t suit his persona and didn’t do well in Box Office. Petta brought back the golden times of Rajinikanth to some extent which gave audience the glimpse of what Thalaivar aka Superstar is capable of and Darbar has taken it back to the next level. We were lucky enough to watch Darbar in one of the early shows abroad and it brought us back the nostalgic memories of watching a Superstar movie. Darbar is a family entertainer and we expect it to break and shatter all box office records in the coming days.

We don’t want to dig deep into the storyline of Darbar but the intro was terrific and SPB’s voice for the song gave us goosebumps. Rajinikanth looked young and fit, some of the stunts in the first half were breathtaking considering his age and the interval block was a highlight for the movie. Sunil Shetty proved to be a deadly villain and matched equally with Rajinikanth. Petta had some mixed moments with some laggy screenplay but AR Murugadoss made sure that there are no lags and kept the audience engaging and guessing throughout the first half. The chemistry between Nayanthara and Thalaivar worked well, the song placement in the movie were really good and hats off to the wonderful background score by Anirudh as it uplifted many of the scenes in the first half. We were eagerly waiting for second half.

Are You Waiting For #Darbar Review ?

The second half first twenty minutes usually sets up the pace for a movie and Darbar didn’t disappoint as it kept the pace and the suspense portion kept it even more engaging. It was refreshing to see Rajinikanth as a police office after a very long time and his villainous role with lots of negative shades helped this movie in lot of instances. AR Murugadoss kept a lot of goosebump moments for Superstar fans and he has not disappointed fans in any way. It’s a battle of wit and might between Rajinikanth and Sunil Shetty and Nayanthara has a meaty role to play. Darbar is considered as a good action thriller with lot of sentimental values and a perfect movie for this holiday season. Families will surely be thronging to theatres to enjoy Darbar during Pongal holidays.
TheNewsCrunch Rating – 4.5/5 (A sure shot blockbuster)