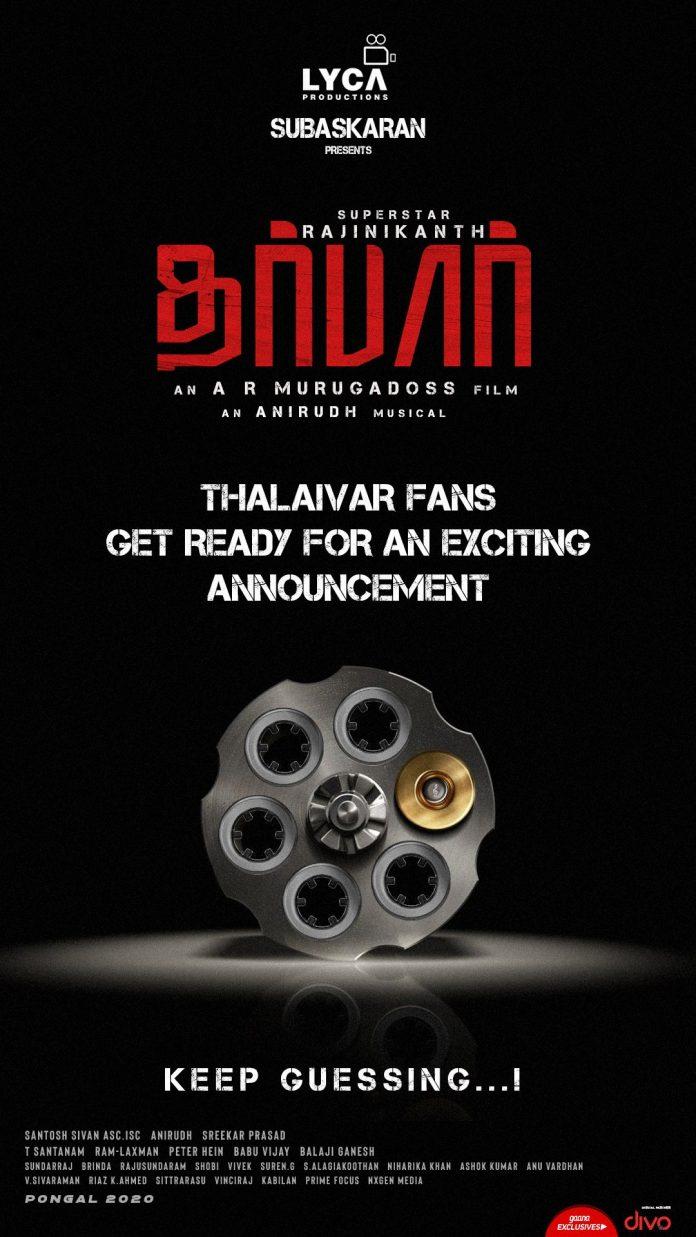 Darbar is one of the most anticipated movies of 2020. It stars Supeerstar Rajinikanth and Nayanthara in the lead roles, Produced by Lyca Productions and directed by A R Murugadoss. Last week A R Murugadoss had announced the completion of Darbar dubbing and the movie is set to release during Pongal 2020. Now Lyca Productions has announced Darbar Audio release date aand it’s on Saturday 7th December 2019 at Nehru Indoor Stadium, Chennai. Many dignitaries of South Indian cinemas are expected to attend this launch and it’s expected to have some live performance by music director Anirudh. Darbar songs will be available for download from official partners and Youtube from 7th December 2019 midnight.


There are also rumours that a single from Darbar will be releasing today Sunday 24th November, 2019. Are you excited about the audio launch? Comment below.