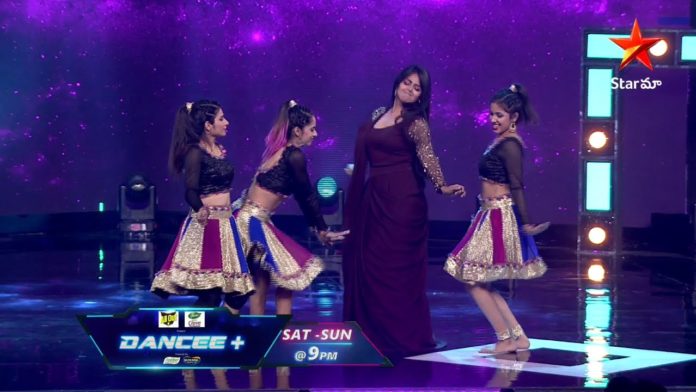 Dance+ Telugu titled “Dancee Plus” is all set to feature an enthralling episode on the 7th of March 2021. Sunday’s episode will feature some epic performances which will woo the audience and judges. An energetic Baba Bhaskar will be a part of the judges panel for this weekend’s episode

Twelve contestants began their dance journey for attaining fame and winning the trophy. However, with eliminations taking place, the top 10 contestants of Dancee+ will battle it out. The format is widely supported and the TRP of the show is exceeding its expectations.

Sanketh Maguva’s performance was a showstopper on Saturday’s episodes. However, Pavithra is all set to impress Baba Bhaskar will a Shiva dance. Considering that Baba Bhaskar is a Shiva devotee, the performance will move him personally. Special appreciations were received by Pavithra after her incredible performance.

Her performance comes at the right time as eliminations approach the contestants this week. Dancee Plus has telecasted on Saturday and Sunday at 9 PM IST. However, the elimination of suspense will continue to keep the audience at the edge of their seats.

The two contestants who were eliminated are Lungi Mama and ‘8 Countz’. There are high chances of double elimination in the upcoming weeks. However, on Sunday’s episode one contestant or team will be eliminated.

It will be a tough week for the contestants. The decision will not be an easy one to take for the judges. The most emotional and disappointing moment for one of the teams approaches on Sunday’s episode.