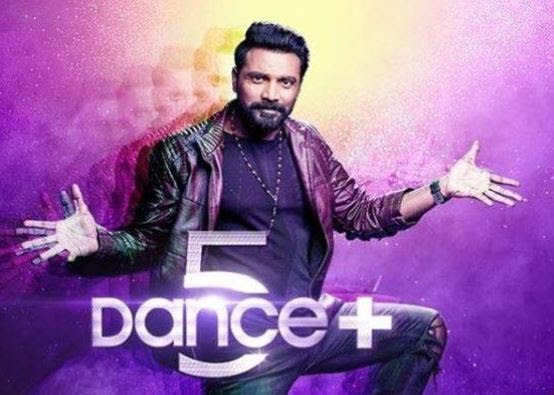 As the season 5 of Dance Plus is winding up to an end, the fight for the top 4 slots intensifies and the episode on Sunday was a proof of that. Spectacular performances, high end drama and intense competition has been the highlights of this season’s Dance Plus. Here’s a look at the highlights of the episode on 9th February and who made it to the top 4.

Jitendra has been invited to help Remo in deciding the Top 4 along with the audience who are voting for their favorites! In today’s episode, the Malang team joined the Dance Plus team. Raghav invited Anil Kapoor to the show to bring in all the more energy.

In today’s episode, we got to witness a lot of hilarious moments.

All the boys of the show danced with Disha Patani on the song’s slow motion.

SANCHITA-SUBRATA Makes it to the Top 4!

The first to make it to the top 4 is Sanchita & Subrata from team Punit. Their main style of dancing is contemporary and the duo hail from Kolkata. Their performance which landed them in the top 4 was way beyond words! They received a standing ovation from Jitendra.

JANAM Makes it to the Finals!

The second to book their place in Top 4 were JANAM Crew again from team Punit! Their style of dancing is lyrical and they hail from Ahmedabad. They performed on Jitendra’s song “Itna pyara vada….” Their journey to the top 4 has been quite phenomenal.

We also got to witness Disha Patani and Jitendra grooving to “Dhal Gaya din ho Gayi shaam….” and Kunal Khemu and Aditya Roy Kapoor gave a song tribute to Jitendra.

On another note Puneet seemed to be quite overwhelmed as two out of top 4 as of now are from his team.

Jitendra and Anil Kapoor dancing with Monark were a treat to watch. Have a look!

During the faceoff between Candybots and Monark from team Karishma and team Suresh respectively. One of the teammates of Candybots got injured and left the stage without finishing their performance. Remo took them to the task and said as they are professionals’ better attitude is expected of them. As a result, Monark won the faceoff.

Dance Plus 5 Scoreboard for the Week (As of February 9th)

As Remo as always kept the standards very high for his top 4, tensions are running high as to who will get to secure the remaining two places among the top 4. It remains to be seen who makes it to the top, so keep voting for your favorites. Stay tuned for more updates on Dance Plus Season – 5.