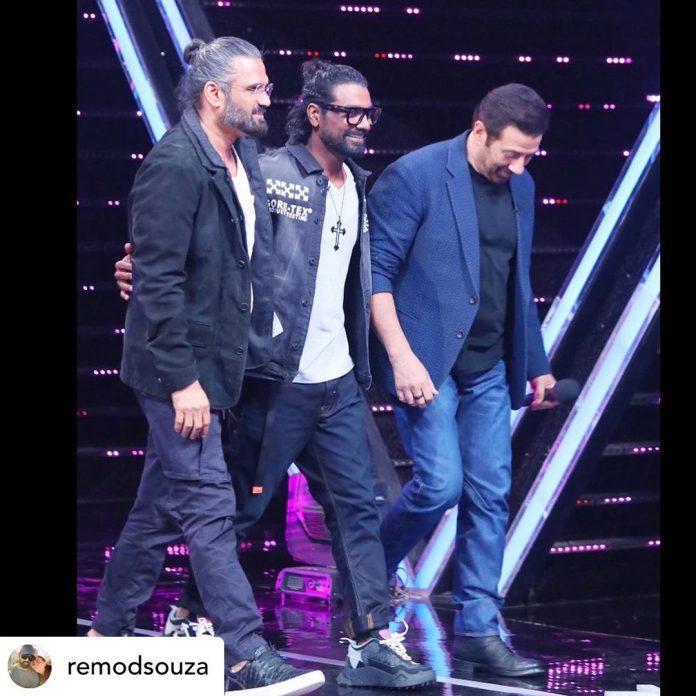 Dance Plus 5 is regarded as top dance shows in India. The performers are simply outstanding and their performances are mind-blowing. There are various challenges they need to surpass in order to perform well and stay in the competition.

Remo D’Souza has introduced challenges for our performers. This challenge is known as International Squad Challenge. Here he shall invite an international dance artist every week. Till now the artist who have graced the show are Les Twins, their dance style is Hip Hop. They are from France and are winners of World of Dance Season 1.

V. Unbeatable are next in the list. Their dance style is also Hip Hop. They are from India. They have achieved 4th position on America’s Got Talent Season 14 and Dance Plus Season 4.

Third on the list is Eva Igo. Her dance style is Contemporary. She is from Minnesota, USA. She was Runners Up in World of Dance Season 1.

Last episode we saw Salman Khan, Prabhudeva, Sonakshi Sinha and Saee Manjrekar grace the show to promote their new movie Dabbang 3. Super Judge Remo D’Souza and Team Captains gave Salman Khan a tribute as he completed 30 years in Bollywood Industry. Salman along with them danced for 10 minutes non-stop on his songs. The whole crew was shocked and amazed by the performances performed by the contestants.

The Duo are being mentored by Team Captain Punit Pathak. The duo was the first to enter the Top 10 after beating Naitik Saighal. Their contemporary acts have amazed the audiences as well as the Super Judge and Team Captains.

They are the second duo to enter the Top 10. They are mentored by Karishma Chavan. Their great Popping Skills and some amazing performances have earned them a position in Top 10.

This Crew has lived all the expectations. Their each and every performance has an amusement quotient in it. They have performed fabulously as a crew.

This young lad from Mumbai has already won hearts of all the judges with his fabulous performances and deserves to be in the Top 10. He is mentored by Dharmesh.

They should be the second crew to enter into the Top 10. Their Hip Hop skills are pleasing enough to earn them a spot. They are mentored by Dharmesh.

Bhim Bahadur has shown some amazing dance moves and forms till now. He is one of the contestants who can give a tough fight to other contestants. He is mentored by Punit Pathak.

This young contestant is a powerhouse. His incredible dance moves shocked guest Salman Khan who was amused after his recent performance. He is mentored by Karishma Chavan.

He is also one of the loved contestants who can give a fight to all other contestants. He has an ability to impress all the judges with his performances so far. He is mentored by Suresh Mukund.

He might have missed the bus in the first round but he is still able to catch it. His excellent B-boying skills are sure to earn him a spot in Top 10. He is mentored by Suresh Mukund.

Their unique dance style is their USP. Traditional Dance Style is their forte. They are sure to earn a spot in the Top 10. They are being mentored by Dharmesh.

In the upcoming episode we see Varun Dhawan and Shraddha Kapoor gracing the stage to promote their new movie Street Dancer 3D. It is directed by Remo D’Souza. Also see them grooving with the contestants and unveiling their new song Muqabala. Tune into Dance Plus 5 on Saturday and Sunday on Star Plus.