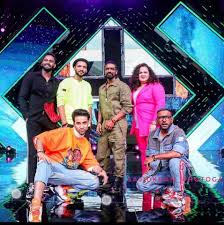 21st December 2019 brought in the country’s favorite dance show in its fifth edition. Dance Plus 5 aired on Star Plus for the last two months bringing forward the best dancers in the country. The contestants have been top notch and have put their best foot forward since the commencement of the show. The contestants have shown hard work, perseverance and dedication throughout. The ones who have managed to one up the others have reached the finale of the show. The show began with 18 contestants inclusive of groups. The show will come to its season end on 22nd February 2020.

Dance Plus season 5 is hosted by Raghav Juyal. The season was judged by super judge Remo D’souza and has four captains including Dharmesh Yelande, Punit Pathak and Suresh Mukund. The finale will bring onstage the Baaghi 3 starts Tiger Shroff and Shraddha Kapoor as well as veteran actors Dharmendra and Mitun Chakraborty

The finale will witness performances from all the finalists who will be putting their best foot forward one last time on the show. There will also be performances by the captains who will burn the stage with their killer moves. There is speculation of a blockbuster finale which will be a surprise for the viewers as they have no clue what it will be about.

Dance Plus 5 is all set for a competitive showdown and the winner is likely going to be Rupesh Bane. However, we will wait for our sources to bring in confirmed information.

Every season Dance Plus brings unique techniques and dance forms on the table. They give a chance to contestants to experiment and gain much needed exposure. The finale of Dance Plus 5 will air on Star Plus on 22nd February 2020.